The BarÁa avalanche in stats

The BarÁa avalanche in stats

There can be no discussion. The only team that wanted the ball and went looking for goal in the Champions League last 16 return leg was BarÁa. The match stats bear this out. 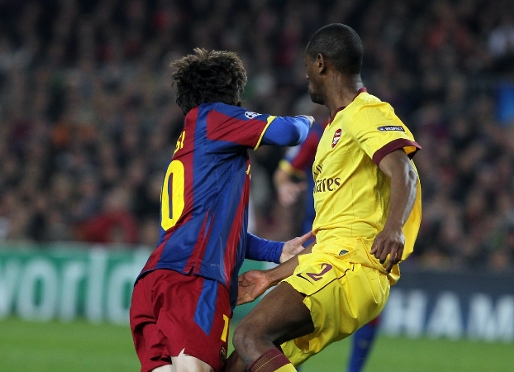 the 56 minutes of actual play, BarÁa had the ball for 42 minutes, and Arsenal only 14. 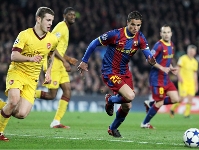 - The BarÁa players had 19 shots at the Arsenal goal. The Gunners shot once at Valdťs.

- With his 2 goals against Arsenal, Leo Messi is now the top scorer in the Champions League 2010/11, with a total of 8 goals.

- His first goal, including a lob over the goalkeeper, was similar to his first goal in the Champions League, in the group stages in 05/06, against Panathinaikos, when he also lifted the ball over the Greek goalkeeper before putting it in the net.

- Five seasons later, Messi has accumulated 33 goals in the continental showpiece, and he’s only 23 years old.

- Xavi’s goal is the 7th that he’s scored in the Champions League.

- Just like the Final in Paris 2006, Almunia had to come on midway through the first half to take over as the Arsenal goalkeeper.

- BarÁa made it through to the quarter-finals of the Champions League for the fourth consecutive season. Only Manchester United can equal that record.

- Ibrahim Afellay made his debut for BarÁa in the Champions League, coming on for the last 9 minutes.

- Pep Guardiola used all four of this season’s signings in the match.