Cesc Fabregas revealed that over the last few days he hasn’t had any pain and that he has a good feeling about the Barcelona-Arsenal game on Tuesday. He believes the game is "a great opportunity for the whole team." 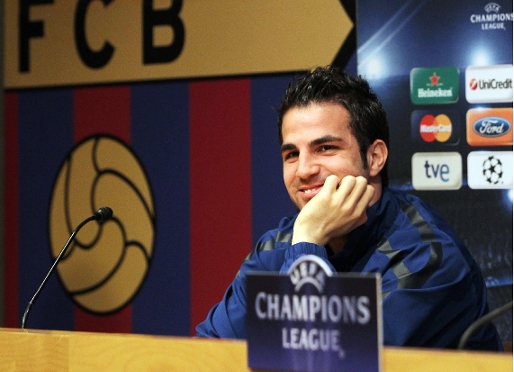 One of the unknowns prior to the second leg of the last 16 of the Champions League has been whether Cesc Fąbregas will play. This Monday, in the press conference, all has been revealed. "I'm fine, I had a pretty small injury and in recent days I haven’t noticed any discomfort," he said, and added "I’ve suffered a bit because I didn’t know if I would make it, but I’m feeling good about it". The Gunners' captain made it clear that, "if I’d have played on Saturday I would have struggled" he said. 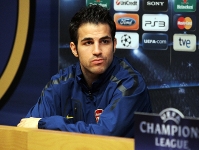 Due to his Barēa past, Cesc is one of the game’s focuses of attention, although he rejects the protagonism: "It's a great opportunity for the whole team. I feel like everyone else, wanting to win and get through to the quarters." Of course, the midfielder acknowledged that: "I am very happy to be back, it’s very special and I’m really looking forward to it." At the same time he clarified that the only thing on his mind is “doing the best he can to help Arsenal win".

Could have been the Final

Cesc Fabregas is very excited to be making his official debut in the Camp Nou: "It's a very big game for the team and a tie that can be seen as a final…. It will be very difficult…..we have to be intelligent and mature to be able to cope with the problems that Barēa will cause us." Finally, Cesc was optimistic about the London team’s options: "We've shown many times that we have the character and the potential to win games like these".