Wenger: "We want to keep winning"

Wenger: "We want to keep winning"

The Arsenal manager, Arsene Wenger expressed his wish that the team continued picking up good results: "We haven’t lost for eleven games in the league and we are alive in three competitions. Against Barēa we want to keep on winning". 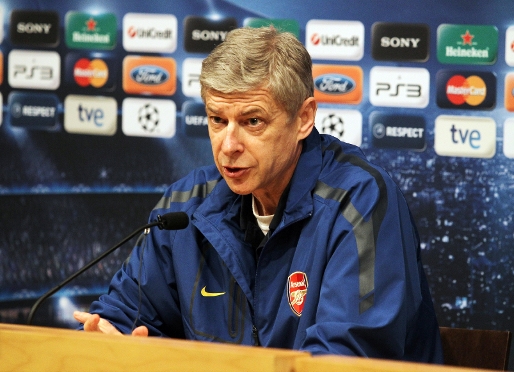 Key: deal with the Barēa pressure

The French manager revealed one of the keys to doing battle with Guardiola’s side: "It’s really important to deal with the pressing game that Barēa will put us under. If we can handle that we’ll be able to develop our football, and hence have more options go through".
Arsenal are ready to face Barēa. The 'Gunners' have a good chance of getting through and they don’t want to miss it, Wenger said: "We face every game as the most important and, in the case of the Barēa game we are just thinking about winning and continuing the good run of results we have so far in the other competitions". 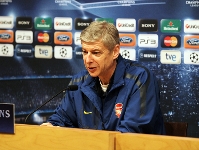 Wenger was very clear about the possible presence of Van Persie in the team against Barēa: "I don’t like tricks or deceiving people. His recovery over the past three days has been pretty good. On Tuesday morning we’ll check him out, and if he’s Ok he’ll play. A lot will depend on him, but if he’s not 100% then he won’t play”.

"Faithful to our philosophy"

Arsene Wenger is convinced that "both teams will be looking to win without giving up on our playing philosophy. We play a very similar football. We both like having the ball and we’re both committed to attack. Neither of us will speculate with the result".