Keita: “I always have confidence”

Keita: “I always have confidence”

After scoring the winner on Saturday, Keita, insisted today on minimising the relative importance of his own performance and stressed that the win was a collective effort: “the team is the most important thing, not that some play more than others". 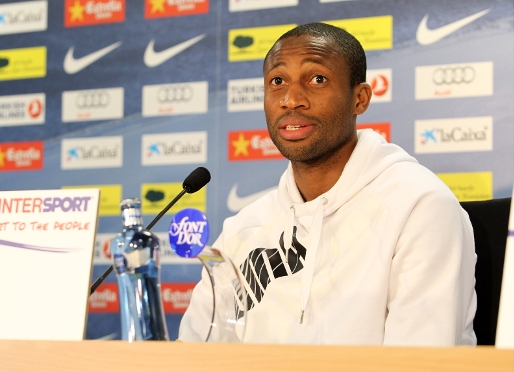 Keita also spoke of Tuesday’s game against Arsenal, a game he reckons is: “the most important of the season”. Whether he’s in the starting line up for that game or not doesn’t seem to be of any burning importance to Keita who stressed: “I always have confidence in myself. The boss decides who plays and we have to accept that and take advantage every time we do get the chance to play”. Keita also insisted that his goal against Zaragoza, following on from his hat trick against the same team last year, was “just a bit of luck”. 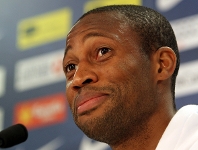 The goal on Saturday follows his great assist for Messi in Mallorca, but Keita accepts his role as a player who hasn’t always been an automatic choice this season: “you always have to give the most you can. In the end, it’s the team which is the most important thing, because if we win then we all win. In my position we have the best players in the world and it’s not easy to get a game”. That attitude has always gone down well with Guardiola who has praised the Mali international on many an occasion. “It’s good that the boss speaks well of you, but that doesn’t go to my head”, commented Keita.

Game of the season

The Arsenal game is the next big challenge for the team and Keita warned: “Tuesday is the most important game of the season so far. It’ll be difficult, but we are at home and we’ll have the fans behind us .It should be a good game, the key is to start strong, because with the quality we have, we can win. This’ll be a different game than last year, or the game against Inter and the important thing is not to concede”.