“Before facing Arsenal, the best thing would be to beat Zar

Vilanova: “Before facing Arsenal, the best thing would be to beat Zaragoza”

Arsenal are coming on Tuesday, but Vilanova, Guardiola’s assistant, would prefer people to worry about Zaragoza. It’s an important game against a tricky opponent and “I’m more scared of games like these than the ones against the teams at the top". 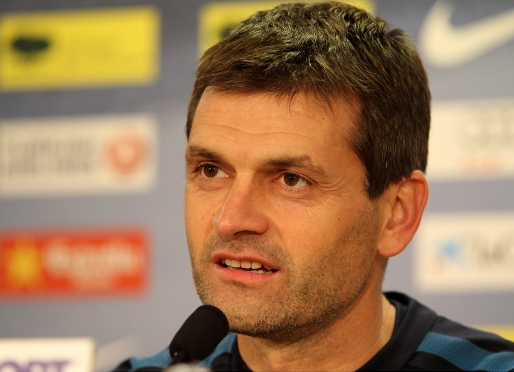 With Pep Guardiola out due to a slipped disc, Tito Vilanova spoke to the press on the eve of the league match with Zaragoza. He knows that a lot of people are thinking more about the European fixture against Arsenal than Saturday’s match, but insists that that is a big mistake.

One benefit of a decent performance against Javier Aguirre’s side is that it would be the ideal preparation for Tuesday’s encounter with Arsenal.

What will Zaragoza do? 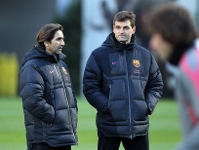 On Zaragoza, Vilanova said “they are in the bottom half of the table and have players missing, but that doesn’t mean it will be easy,” especially on the back of a tough game in Valencia. “But winning in Valencia will be worthless if we lose this game at home … I’m more scared of games like these than the ones against the teams at the top of the table”.

No thoughts of Arsenal

Vilanova reiterated that “it’s inevitable that people will be thinking about Arsenal, but we will all be convincing the players that it is more important for them to think about Zaragoza”.

The major attraction at training today was Valdés, who has been declared fully fit. Vilanova was not willing to reveal who’ll be playing in goal against the Aragonese outfit, but said that Valdés “is able to play. He trained this morning and this evening, and felt perfect”.

As for Carles Puyol, “the best thing would be for him to recover properly. There is one more training session, so tomorrow we’ll see … we don’t want to force the player”.