Keita has fond memories of Zaragoza

Keita has fond memories of Zaragoza

Seydou Keita will never forget what happened the last time Zaragoza played at the Camp Nou. The Malian scored the only hat-trick of his career in a game Barēa won 6-1. 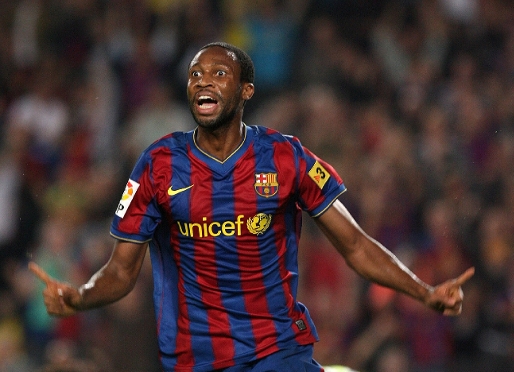 Since signing for Barēa in 2008, Keita has scored 15 goals in official matches. The Malian has scored 11 goals in the league, two in the Champions League and two more in the Copa del Rey. And he has managed to show his versatility, for these goals have been scored with his head, his left foot, his right foot, from in and outside of the area, and have also demonstrated his opportunism.
October 25, 2009 was a very special day for Seydou Keita. In the eighth game of the season, Zaragoza came to the Camp Nou and Barēa’s Malian midfielder was brilliant as his side cruised to a 6-1 win, with Keita himself finding the target three times.

Barēa were simply astounding and Keita especially so when, for the first time ever, he scored more than one goal in a single game. It was he who opened the scoring in the 24th minute with a terrific header from a Leo Messi cross. The Aragonese defence simply didn’t know what to do with the African, who made constant runs into the frontline to place himself in ideal positions to receive passes.

Opportunistic goal and another header to complete the ‘set’ 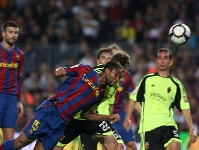 Shortly before half-time, Keita made it 3-0 after Ibrahimovic had scored the second from a powerful free kick. In the 40th minute, the Malian tapped home a Xavi assist following yet another penetrating run from midfield to end a move he had started himself.

Barēa continued to dominate in the second half, with Ibrahimovic and Messi adding further goals while Jorge López did manage a consolidation goal for Zaragoza. With five minutes to go, Keita rounded off his historic evening by making it three with another trademark header from an Iniesta corner that Carrizo was powerless to keep out. The player celebrated that goal in a very special way. And he had every right to.