Piquť: "We are in a very good position"

Piquť: "We are in a very good position"

Although itís not final, defender Gerard Pique knows that the win in Valencia is "key" in the chase for the third consecutive league title. He is aware that: "The lead we have is important." 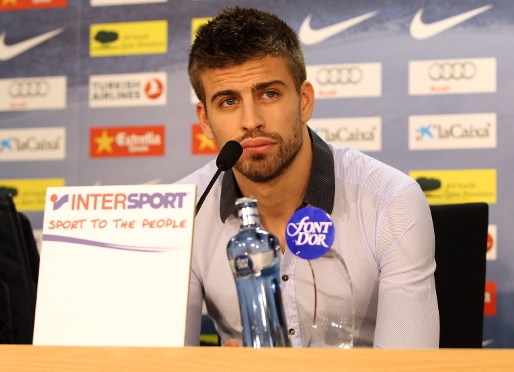 "I'd like to be valued only on sporting matters"

Gerard Piquť has been, in recent weeks, the focus of attention for his private life. The Barcelona player said that "I would like people to value me solely on sporting aspects, but I can handle it."
At the end of the game against Valencia the team got together on the pitch to celebrate the win that gave them three important points in the title race. Gerard Pique, who attended a press conference this lunchtime, knows that Valencia has been a difficult ground to go to in recent years and hence the reaction of the team "at the way we did it, on the pitch in the state it was in". The Barcelona central defender added that "it was very important to win there and strike a blow, we are in a very good position in the league." 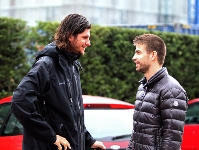 Now it’s time to think about the next game, Zaragoza, who visit the Camp Nou on Saturday. They play against Barca after beating Athletic Bilbao 2-1. Piquť warned that "they’ll be highly motivated in the Camp Nou…. We have to concentrate on this match to carry on the good work". He knows that a win would be "a step towards the league title."

Piquť didn’t want to think about the game against Arsenal next Tuesday, and didn’t want to downplay the confrontation with Zaragoza: "We have to think first about Saturday's match, with 3 important points at stake, it won’t be easy."

Gerard Piquť also appreciated the fact that Pep Guardiola was in Valencia despite suffering the back pain that forced him to be admitted to hospital last night. "It was important he came with us, to be the team. He’s a key figure in the dressing room," said Pique, who believes that "he’ll get better because he’s mentally very strong."

Busquets, and the pitch 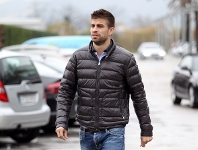 In Valencia Gerard Pique shared central defensive duties with Sergio Busquets. The defender praised Sergio’s versatility. "We know his quality. He’s a great player and has all the qualities to play as a central defender. He performs brilliantly both as defensive midfielder or central defender”.

Piquť also complained about the poor state of the pitch in Valencia. The Barcelona central defender suggested that the federation should “introduce some standards so that all pitches have to be in a minimally decent state".

Although he hasn’t spoken to Carles Puyol or the doctors, Gerard Pique believes that the captain will recover in time and will be ready for Tuesday and the match against Arsenal. "Knowing Puyol I’d bet on it " said his friend and teammate, and added that "he’ll give everything to be there." Piquť won’t be of course, as he is suspended for the game.