Arsenal have announced that Robin van Persie will be out of action for three weeks due to a knee injury. That means the Dutch international will miss the Champions League second leg against Barça. 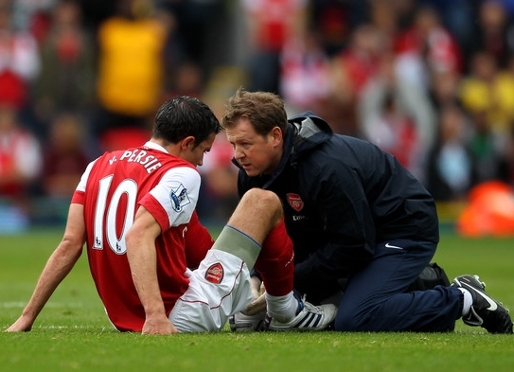 Van Persie picked up the injury in Sunday’s Carling Cup Final against Birmingham City, just after the equalising goal. He was later substituted and to make the day even worse for the Gunners, a late goal from the Midlanders meant they missed out on their first major trophy since 2005.

In the same game, midfielder Alex Song and defender Laurent Koscielny also had fitness problems and will be rested for Wednesday’s midweek FA Cup replay against Leyton Orient.

Cesc possible but Walcott out

Arsenal boss Arsčne Wenger also announced today that Cesc Fŕbregas is recovering well from his own injury, and could well be fit in time for the showdown at the Camp Nou, but Theo Walcott, with a sprained ankle, will not.