"I can’t imagine Alves without Barça"

"I can’t imagine Alves without Barça"

Dani Alves has once again shown "optimism” with regard to his contract renewal. The Brazilian full-back thinks Barça is better as a team than Madrid, but doesn’t think that the 7 point difference in the League is definitive. 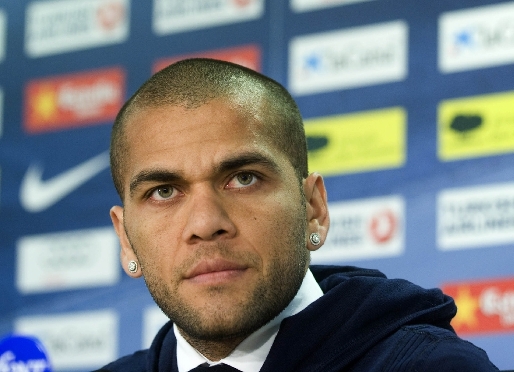 n the press conference on Monday, Dani Alves speculated, again, that he’s very close to renewing his contract with the club. "I can’t imagine Alves without Barça," he said. The defender was optimistic and said that if it was up to him, "it would be 100% certain”, although he admitted that the agreement "depends on the two sides".

His dream is to continue

Alves made it clear that he felt "greatly valued by the team and the Club….for my part, I just try to work hard every day so the dream becomes reality…my dream and my desire are to continue with Barça." Alves admitted that negotiations "are not just about money" and that he would like the problem to be sorted out as soon as possible “so that I can relax”. 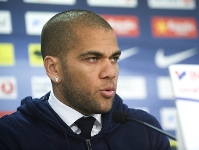 Dani Alves also praised the team's performance in Mallorca, despite the missing players (including himself): "It was a comfortable game apart from the first few minutes. Both Adriano and the rest of the players were excellent, just another demonstration that everybody gets on with the job so that the absent players are not missed". He added: "I’m confident that with this group we’ll go a long way. We’ve never doubted that we have a very talented squad."

After the win and Madrid’s setback at Deportivo, Barça have recovered the seven point lead at the top of the table. "Madrid will only drop a few points but they’re human and will get it wrong sometime. Going back to a 7 point lead is not important, because there are lots of points at stake," said Alves. However, he does see Barça one step ahead of Madrid: "Collectively we’re better than them and if we carry on like we are we’ll meet our objectives."

Among the subjects raised were the statements made by Madrid coach Jose Mourinho, after the draw with Deportivo regarding the heavy fixture scheduling. "Everyone is free to say what they like. We have our philosophy and we stick to it, and don’t get involved. Others can do what they want. They won’t unsettle us, we can handle it," he said, and concluded that: "We'll never complain about anything, whether we draw or lose, excuses don’t wash here."