Speaking on the BarÁa TV programme ďEl MarcadorĒ, Gerard Piquť stressed the importance of winning the game against Athletic Bilbao and said the team is "still just the same as last week." 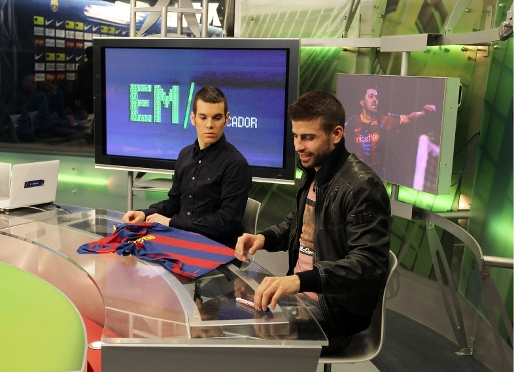 Pinto, an example of the group's competitiveness

Jose Manuel Pinto came in at the last minute against Bilbao for the injured Victor Valdes and Piquť said: "In the first half, the save that Pinto made with his left hand was really good. I think we were 1-0 up at the time and that would have brought them back into the game. He had a good game”. The BarÁa central defender has no doubts about the competitiveness of the squad coached by Guardiola: "We are a team and everybody plays the same way, whoever plays, the level stays the same".
"The win is really important because we had to work very hard for it, but in the end the three points are really what matters," said BarÁŠ defender Gerard Piquť about the win against Bilbao (2-1) . In the interview after the match on the program El Marcador' on BarÁa TV, Pique explained: "We had been two games without a win and returning to winning ways is always really important."

"We’re getting you used to it”

As to how they got the win, Piquť joked: "we’re getting you used to it, because no-one had to suffer much…We've won 2-1, only one goal in it, but they didn’t cause us to suffer too much, and because we’re not used to this, it seems the team has suffered a lot and it cost us a lot to win the game."

"We are still the same team" 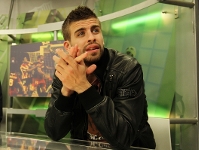 Following recent results before the win over Bilbao (the draw at Sporting (1-1) and defeat (2-1) at the Emirates Stadium against Arsenal), Piquť reflected: "Physically we are fine, but when you come off a winning streak like the one we had with 16 wins in the league and we don’t win a game, it appears that alarms bells start ringing. " For this reason, the BarÁa central defender insisted: "Don’t worry, it can happen [that we draw or lose a game], so now getting back to winning ways was very important for the team and for the fans, to make it clear that we are still the same team that we were last week. "

Guardiola’s team comes out on top in even matches

The win against Bilbao was really important for Piquť: "We are a ball playing side, we keep the game simple, the fans love it, but the club has always had teams which, in an even game, finds it difficult to win, and many points and many leagues have been lost in these kinds of matches….. today has shown that this team has changed its mentality in this respect, and we also know how to win close matches… winning games like this are the ones that win titles."

A week to "take a breather"

With a hundred days to the end of the official competitions, the group is facing crucial matches in the fight for the titles at stake (Champions, Spanish Cup, and League) and Piquť is aware of this: "Now comes the home straight when the three competitions will be decided…we have a week without a game that will allow us a breather before the game in Mallorca, a pretty tough ground to go to. There are also a number of games coming up before the Arsenal match at the Camp Nou and we have to win as many points as possible to stay at the top of the league”.

Objective: To extend the lead over Madrid

Questioned about the five-point lead over Madrid in the domestic competition, Piquť said: "Our philosophy is to focus on ourselves, but it is clear that the results of the other team involved in the title race also have an influence". That's why the BarÁa player stressed: "A win in Mallorca would be a statement of intent, They have to play after us and it’s always hard to play away from home [Madrid play Deportivo in La CoruŮa]. We’ll try to win in Mallorca and go back to our 8 point lead". 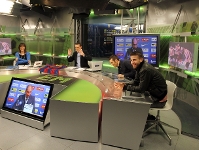 There’s always plenty of media pressure on the players, but Piquť stressed: "Even if you want to put it out of your minds, there’s always something, you hear things. But we are all very clear, Pep is always reminding us, the team always tries to ignore these things and I think we're getting pretty good at it….In the dressing room we’re pretty calm, and we know that we’re still the same as last week."

A lot of work before Arsenal

That’s a mindset that will certainly accompany the team in the second leg of the last 16 of the Champions League against Arsenal at the Camp Nou. A game that Piquť can’t play in due to suspension: "I can’t play and it's a shame, but hopefully we’ll qualify". Pique concluded: "there are still a lot of games before the Arsenal match, so we’ll try to win as many league points as possible".