Villa back in training

Villa back in training

After picking up a knock on his ankle in the game against Arsenal, David Villa missed training on Friday, but was back with the squad this morning as they prepared for Sunday’s game against Athletic Bilbao. 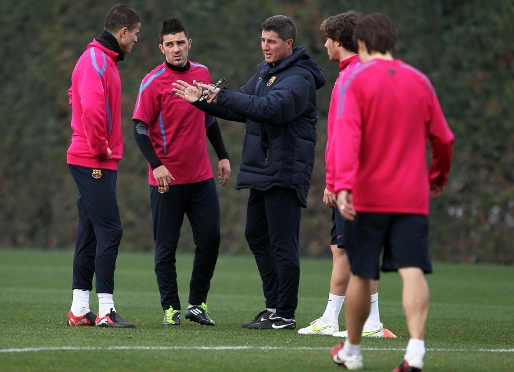 Sunday training at the Nou Camp

The players will have a final session before the Bilbao game on Sunday at noon on the Nou Camp pitch, will be held behind closed doors.
Pep Guardiola was able to call on 18 of his first team squad for training on Saturday morning, including striker Villa who seemed to have fully recovered from the knock on his left ankle he was receiving treatment for on Friday.

Sergi Roberto trains with the squad 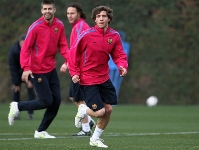 Puyol and Jeffren continued with their recovery work and they both took part in running and jogging exercises with a trainer alongside the pitch this morning.