Under Guardiola, Barça have always known how to respond to a setback. After losing at home to Hercules, they went on to go 28 games unbeaten, and the 3-1 cup defeat at Betis was followed by 5 straight wins to certify an all-time record winning streak 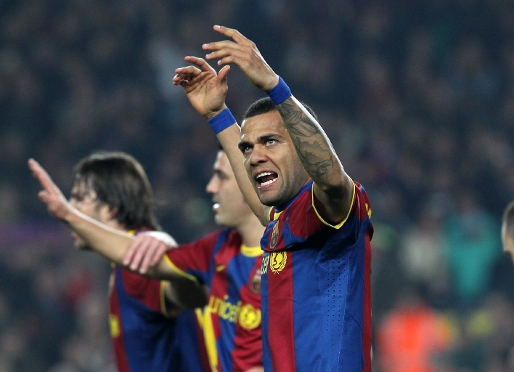 In Guardiola’s first season, Barça got off to a poor start but after winning their first game against Sporting they went unbeaten for 20 matches before losing a meaningless game against Shakhtar. They would go a further 14 games unbeaten before the unexpected home defeat to local rivals Espanyol.
This is bouncebackability at its finest. The players know exactly how to regroup and deal with disappointments, and usually in style. These days, a Barcelona team that has just experienced defeat is a rival to be feared more than any other. We have two and a half years worth of examples of this.

On September 11, Barça hosted newly promoted Hercules. The Camp Nou had just witnessed the team win the 2009/10 league title without losing a game at home, so the 2-0 win for the side from Alicante, thanks to a brace from Valdez, came as a massive shock. But rather than dwell on the past, FCB went on to string together 28 games without a loss.

Historic 16 wins in the league

January brought both league and cup fixtures. Barça were in trouble in the cup after being held at home by Bilbao in the first leg. But they sorted that out, and went on to beat Betis and Almeria to qualify for the final. These games included a trip to the Benito Villamarín after as good as settling the tie in the first leg with a 5-0 win. But Pepe Mel’s did stun the Catalans in the return with a 3-1 win. Once again, defeat did nothing to dent morale. Barça then completed five more league wins to break the competition record with a winning streak of 16.

Whenever the critics start suggesting something is going wrong at Barça, they are always silenced immediately. After losing at home to Rubin Kazan, Barcelona went unbeaten for 16 games until losing to Sevilla in the cup on January 6. They also compensated for that setback by winning six consecutive league games until slipping up against Atlético Madrid. Again they found the right response: 15 consecutive games unbeaten until the sad night of the semi final defeat to Inter. But despite going out of the Champions League, Guardiola was still able to lead his side onwards to a record breaking 99 points in the league.