“Optimistic? I have plenty of reason to be”

“Optimistic? I have plenty of reason to be”

Josep Guardiola was sorry Arsenal had scored two late goals but is confident his team can come back from this on March 8. “They have given me plenty of reasons to feel optimistic” he said. 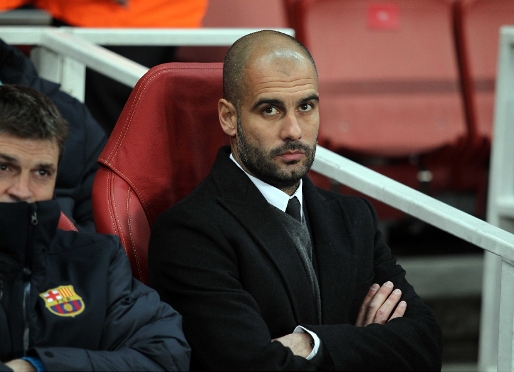 Photos: Miguel Ruiz-FCB
“I am upset that we lost the game, but there is still the second leg to turn things around. I don’t know how far we’ll get, but we’ll be ourselves”, said Guardiola in his post-match press conference, where he said time and again that he has no intention of changing his team’s style.

He added that “this game was very similar to the one last year. I think we created more chances this time, but they position themselves well and are very good on the counter attack. They are very quick at using space.” He also predicted “a spectacular return match”.

The way Arsenal scored two late goals reminded Guardiola of what had happened a year before. “We played better than we did in Lyon and better than we did in Stuttgart, but we have come out of it with a worse result. All we can do is congratulate our opponent.” To end he said “allow me to have faith in my players. They have achieved too much in a short space of time for me not to have faith in them”.