“We both want the ball and suffer without it”

Guardiola: “We both want the ball and suffer without it”

Pep Guardiola won’t be giving up on the team’s trademark style for the game against Arsenal, even though the team will be up against a side who share their attacking instincts. 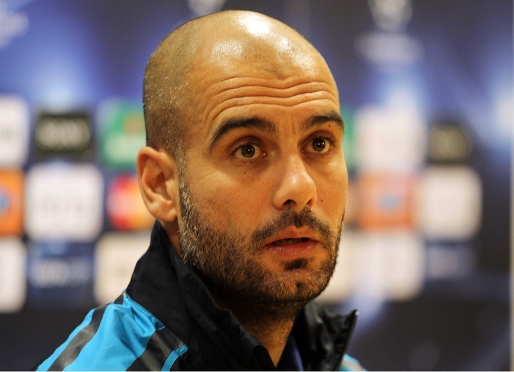 The squad gave up the chance to train in London this evening, as is usual in Champions League games, and Guardiola put his decision to have a session in Barcelona this morning instead because of the number of players he’s got who’ve been playing a lot of games of late: “I just wanted to train in Barcelona and not here”.
Andres Iniesta and Pep Guardiola both rushed off to the Emirates Stadium as soon as they arrived in England for their pre-match press conferences and the boss was quick to warn that his players were in for a tough game against a great team, as they tried to get back into Champions League gear again.

Guardiola admitted the Gunners were not his ideal opponents for the last 16: “I like watching Arsenal, but I’d rather not be playing against them. We are two teams who want the ball and we both suffer without it. We want possession for as long as possible in order to make as many attacking situations as we can”. 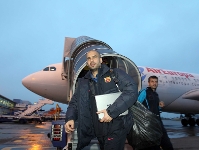 With possession key, the boss insisted: “we have to be egotistical and want the ball. If Arsenal dominate, they will flood you with goal chances”, whilst making it clear that whatever happens: “you will see the Barça team that we have prepared before the game starts”.

Echoing Iniesta, Guardiola also expressed his belief that the second leg would decide the game, whilst stressing: “scoring away from home is vital in Europe”.

Back in the European groove

After the two month break, the Champions League is again back on the agenda and Guardiola wants his players to get back into the European groove: “this is going to be a tough game and our ties at this stage in the last two seasons (against Lyon and Stuttgart) were our worst performances in the competition. We have to charge ourselves up for this to be the quickest to get into the swing of things. I hope that the atmosphere and the quality of our opponents will help us to do that”.