Real Madrid and Villarreal both face potentially tricky trips this weekend, to Espanyol and Deportivo, whilst Racing’s new boss Marcelino starts his job with a home game against Seville. 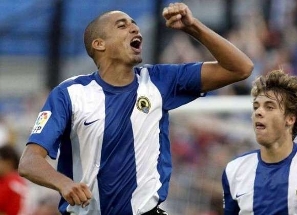 Real Madrid could again be 10 points behind Barça when they run out for Sunday evening’s game at Cornella, whilst Villarreal may start their match in La Coruńa in fourth. With pressure mounting on Atletico Madrid boss Quique Flores Sanchez, his old team Valencia come to the Vicente Calderon knowing a win could take them up to third spot.

Crunch game at the Vicente Calderon

Atletico Madrid began the season as UEFA League and European Super Cup Champions, but with just one win in their last six La Liga games, they now find themselves down in eighth spot and 14 points behind the last Champions League place held by Valencia who they face at 18.00 on Saturday. In contrast, Valencia have won six and drawn twice in their last eight game and on Tuesday begin their Champions League last 16 tie against Shalke 04. After last weekend’s shock defeat to Llevant, Villarreal are just a point ahead of Valencia and travel to La Coruńa to face a Deportivo team who are without a win in their last five games and have slipped back down into the relegation fight, currently sitting just a point and a place above the bottom three.

Marcelino back at Racing

Racing are level on points with Deportivo and last week’s point in Zaragoza wasn’t enough to save Miguel Angel Portugal’s job after his team had gone nearly two months without a win. Portugal’s replacement, Marcelino, who in his last stint at the club took them into the UEFA Cup, faces a tough start to his job with a home game against Seville, who need the points themselves after two draws in their last two games have left them in seventh, six points behind Espanyol. Of all the teams fighting for UEFA spots, it’s been Bilbao who have shown the best form in 2011, climbing up to fifth on the back of four straight wins. The Basques are again playing on Monday night – travelling to Mallorca, whose own push for Europe has been hit by three defeats and a draw in their last four games.

The two other Basque teams in the top flight, Real Sociedad and Osasuna, meet at Anoeta on Sunday evening. The Pamplona side are still looking for their first away win and with Real having lost two of their last three at home, this looks like as good a chance as any to put that right. Osasuna are level on points with Racing, Sporting, Deportivo and Hercules, who face a Zaragoza team that have lost just once in 2011. The bottom side Malaga are at home to the inconsistent Getafe, but the big game at the bottom is at the Ciudad de Valencia, where Llevant entertain Almeria. Both teams had great wins last week, but still sit in the bottom three, Almeria on 20 and Llevant on 21 points.

The last time Madrid visited Catalonia they were thrashed 5-0 at the Nou Camp and they come to Cornella on Sunday to face an Espanyol team who, despite their two defeats over the last fortnight, have proved to be one of the surprise packages of this season and have only lost to Villarreal and Barça in their own stadium.