Tennis star Rafa Nadal won the 2011 Laureus award, beating off other finalists including Barça’s Iniesta and Messi. The Spanish football team won the prize of Team of the Year.

Rafa Nadal takes over from Usain Bolt as the best sportsman of the year after winning the 2011 Laureus Award at a awards ceremony at the Emirates Palace in Abu Dhabi this Monday evening ahead of other finalists including Andres Iniesta and Leo Messi.

Iniesta though, was able to celebrate his Spanish team winning the Team of the Year award after their exploits in South Africa. Iniesta got the winning goal in the final and was part of the Spanish squad that included Valdés, Puyol, Piqué, Busquets, Xavi, Pedro and Villa.

Spain boss Vicente del Bosque was presented with the trophy at Las Rozas, where Spain are preparing for Wednesday’s game. Del Bosque apologised for his absence at the ceremony and claimed: “this is a special honour because it comes from the world of sport itself”. 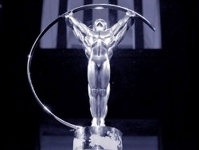 The prizes were awarded after a jury of 46 of the world’s top sportsmen and women of all time made their choices.