Iniesta back in training

Iniesta back in training

Midfielder Andrés Iniesta was back in training this morning with the rest of the squad for the first time this week, after he’d been laid up with a back sprain picked up during last weekend’s win over Hercules. 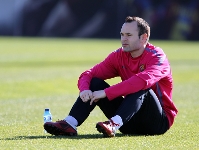 Following last night’s Cup semi-final win, the squad were back in training at the Ciutat Esportiva Joan Gamper as attention switched to Saturday’s La Liga visit of Atletico Madrid (22.00).Iniesta was welcomed back after missing this week’s training following the back sprain he suffered last weekend, which also ruled him out of last night’s win in Almeria.

There were 18 first team players out on Pitch Number One at the Ciutat Esportiva, with Jeffren and Puyol still receiving treatment for their injuries and Pinto working out in the gym following last night’s exertions. 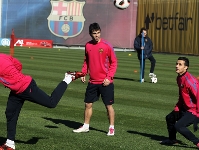 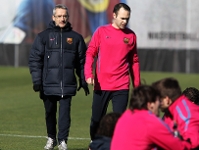 Back on Friday evening

The squad will be back at the Ciutat Esportiva on Friday evening at 18.00 for their next training session, after which Pep Guardiola will hold a press conference.