“I’m delighted with the final and the goal”

Adriano: “I’m delighted with the final and the goal”

Adriano Correia is a happy man. The Brazilian, who played at left back tonight, opened the scoring against Almeria – his first ever as a Barça player.

“I am pleased that we have qualified for the final, for the job done by the team, and to have scored. We got what we wanted out of a great game” said the FC Barcelona star after it was over. But he knows that they still have to “work and work a bit more.” There is a lot to do between now and April 20.

The following are some of the comments made by other FC Barcelona players: 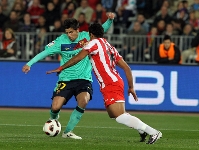 “We had a good game and we’re satisfied to have reached the final.”

“You don’t qualify for Copa del Rey finals every day of your life. We’re thrilled.”

“I’m trying not to disappoint Guardiola and playing the way I know.” 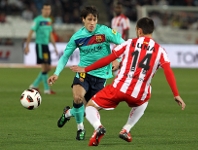 “We’re very happy. It’s another final. It might sound easy, but it isn’t.”

“We know we’re close to winning another title, but we still have the league and Champions League first.”

“We had the experience of the day against Betis and knew things are never easy.”

“Those of us who played today don’t usually get much time on the pitch.”

“What really makes me happy is scoring goals, but I’m going away happy today.”

“It is a joy for a youth player to get a chance with the first team.” 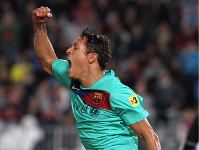 The first team returns to training on Thursday at 11.00 in a session to held in the Ciutat Esportiva, as the side starts getting ready for the game with Atlético Madrid. After that, Mascherano will be giving a press conference.