Messi: “I didn’t expect this”

Messi: “I didn’t expect this”

Leo Messi was as surprised as anybody when Pep Guardiola read out his name as the winner of the 2010 Ballon D’Oro and speaking after the ceremony, he insisted on sharing his win with his teammates.

Leo Messi was the man everybody wanted to talk to after the ceremony as the massed ranks of the world’s football press lined up to question him in the mixed zone at the Zurich Kongresshaus. 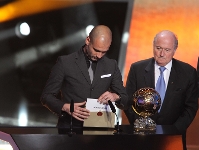 Despite his experience of winning last year, Messi, who was certainly not the bookies favourite to win, was taken aback when Pep Guardiola read out his name and his first reaction was to tell the audience at the ceremony: “I didn’t expect to win this”.

Thanks to his teammates 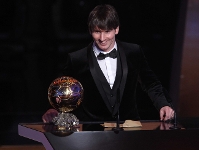 Messi was as gracious as ever in victory, adding: “I want to dedicate this to all my teammates, because without them I wouldn’t be here. It came to me, but Iniesta and Xavi also deserved it for all they’ve done”. Messi also thanked all those who’d voted for him, the Barça and Argentina fans and his family as he collected the award.

Xavi and Iniesta congratulate the winner 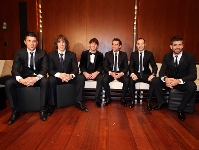 The first people to congratulate Messi were his teammates Xavi and Iniesta. Xavi declared: “ he is one step above us all. He’s the best player and there can be no argument. This is also a prize for the Barça youth team set up and I am proud to be a part of that”. Iniesta also echoed Xavi’s words, insisting: “he is a worthy and deserved winner”.

An award for all 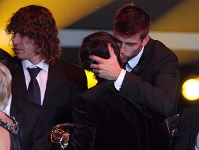 Gerard Piqué also reckoned Messi “is the best. We all have to enjoy this because it’s something we have all won”, whilst David Villa added: •he deserves it, but so did Xavi and Iniesta. They might still win it, they’ve still got a lot of football in them”. 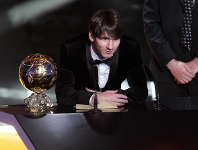 Catalan President Artur Mas called Sandro Rosell after the ceremony to congratulate the Club for their success. Mas also spoke to Messi, Xavi and Iniesta, as well as manager Pep Guardiola.