Messi and Alves back in training

Lionel Messi and Dani Alves will return to training with FC Barcelona on Saturday after enjoying a holiday having competed in the World Cup Finals in South Africa. The duo will undergo the usual series of pre-season fitness tests.

Coach Pep Guardiola will be delighted to have two more of his star names at his disposal as two more of the nine players that appeared at the summer competition that saw Spain lift the trophy. Messi and Alves will both be included in the Barça squad for the trip to South Korea and China in August . 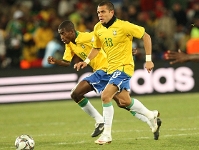 Messi and Alves have had 27 and 28 days holiday respectively with the Brazilian’s vacation starting when his country were knocked out of the World Cup thanks to a 2-1 defeat by the Netherlands at the quarter final stage and Argentina followed them out at the same time when being beaten 4-0 by Germany.

With the two players back in training Barça will now have three of their stars back after Éric Abidal returned on Monday. Now the club are just waiting for the eight players that were part of the Spain squad to make their comeback. 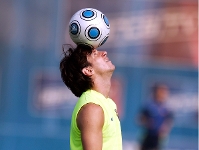 Lionel Messi and Dani Alves will both have interrupted pre-season schedules as both players have been called up by the national teams to play in friendlies in August. Brazil will take on the United States on August 10 in New Jersey while Argentina play Ireland in Dublin a day later.