The origins of the youth set-up (II)

The origins of the youth set-up (II)

If Rinus Michels’ total football of the 70s represented Barca’s first encounter with the Dutch model of attacking play, it was to be Johan Cruyff’s late 80s version that made the bigger impression on the club.

Cruyff had already written his name in the club’s history as a player, helping the team to win league and cup titles, but his impact as a coach when he rejoined 10 years later was to have ramifications on the club’s outlook that continue to echo to this day. 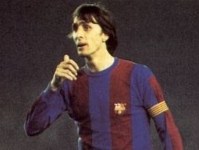 Cruyff was a disciple of Michels Total Football and when he took over as manager at Barca charged by President Josep Nuńez with revitalising the club, he immediately began to work towards a style of football that was to bring enormous success. Although at first things didn’t always go as he would have wished, Cruyff worked hard to evolve the kind of football he had always been committed to. Club coach Albert Benaiges believes Cruyff: “created a style of play and of training with ball control and keeping possession that is still used today”. Ex coach Joan Martínez Vilaseca echoes that feeling, claiming: “Johan introduced a philosophy that still pervades the club. For example if a player is good enough for the first team and shows it on the pitch, he’s in, regardless of his age”.

Vilaseca was also impressed at Cruyff’s ability to improve players and make them more complete footballers: “you’d bring along a kid who was a centre forward for instance, and he’d play him at centre half because he was always looking for more complete and rounded footballers”. 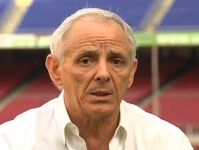 Tońo de la Cruz was with Cruyff for the four years he played at the Nou Camp and believes: “the arrival of Cruyff as manager, reignited that style of play that Michels had introduced and went on to improve on it. The titles that his team won helped improve the model”.

Current youth technical secretary at the club, Albert Puig, agrees: “he made the style more methodical and disciplined. He used a 3-4-3 formation which also transformed our youth teams”.

Carles Rexach is a club man through and through and worked as Cruyff’s assistant for eight seasons. He and Johan both played together under Michels and he explains that after seeing the Dutchman’s model become less visible at the club, they decided to look: “first for a footballer and then for an athlete. We knew that the style of play we had in the 73/74 season was the best – training was very ball centered and there was a lot of skills work. When we came in we ensured that all training was along the same lines at all levels of the club, from the very youngest, through the reserves and into the first team. That meant you could ensure continuity because everybody had the same ideas clear in their minds. That’s why we were able to bring through players such as Milla and Guardiola.

Rexach explained that speed was always fundamental in training: “it’s hard to improve speed physically if you aren’t a pacey player, but mental quickness means that Barca were able to develop a fast, skilful passing game and that’s what makes Barca different”. 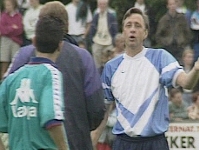 Great player, and even better manager

Johan Cruyff joined Barac as a player in the summer of 1973 and left at the end of the 77/78 season after winning a league title in his first season and a Spanish Cup. In the summer of 1988 he returned as manager and in eight seasons went on to claim 4 Leagues, 1 Champions League, 1 Cup Winners Cup, 1 Spanish Cup, 3 Spanish Super Cups and 1 European Super Cup.