The origins of the youth set-up (I)

After the success of Barça's players at the World Cup Finals this year www.fcbarcelona.cat kicks off a four-part series on the history of the club's youth scheme.

In recent seasons the Blaugrana have become accustomed to homegrown players helping them win trophies and now they have transported that to the Spain team.

Various key figures have all come forward to explain how the club worked during their respective eras and have added to the rich history that gives Barça such a colourful story. Albert Benaiges has been a coach of the youth teams for more than two decades and he explained: "My grandfather used to talk about the Barça of Samitier, Bravo, Alcŕntara and Piera as a spectacular team with great width and a centre forward. Then there was a very Catalan Barça after that with players such as Biosca, Gensana and Besora, who were joined by the Hungarians like Czibor and Kubala to former another team."

Albert Puig, the club's youth technical secretary, stated: "If the fans had not accepted this type of play then it would never have worked. This has always been so since the time that the club changed from Les Corts to Camp Nou when Kubala was playing so well." 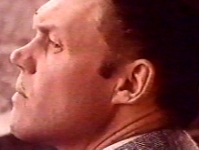 Former player and coach Carles Rexach recalled the 1960's and 1970's when there was a tendency among coaches to favour the more physical side over technique. "They wanted you to run up and down and you spent all day in the gym," he said. "It was all very physical. That changed though with the arrival of Rinus Michels who was a coach who liked to work with the ball." Benaiges believes that "it was under him that the tiqui taca we know today began under him".

Another Blaugrana player from the 1970's, Tońo de la Cruz, thinks Michels began the way Barça play now. "He was the founder of the Clockwork Oranje and that type of football came here," he said. "That is why it is logical to have him down as the creator of the style. Barça played with a 4-3-3 back then just like the current team do."

Joan Martínez Vilaseca, who has worked at Barça as a coach for 28 years, does not agree entirely. "The way the team now plays started with Cruyff and has continued with Guardiola," he commented. 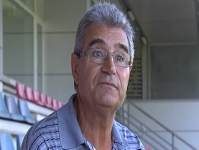 Oriol Tort has discovered many of Barça's favourite homegrown players in the past few decades and it is he who Benaiges credits with the success of La Masia. "He is the true reason for the success of the Blaugrana youth teams," he added. "He knew it all and wrote his own chapter and was a true football man." Rexach was discovered by Tort and he agrees. "Those who knew him will never forget him." Martínez Vilaseca was also a fan. "I worked for a long time with Tort and he was a man who never said no to anyone and was always going to see games to try and discover new players." 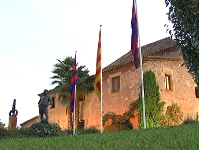 Marinus Michels coached Barça between 1971 and 1975 and then again between 1976 and 1978 and won the league title three times as well as adding the Inter City Fairs Cup and the Copa del Rey. The Dutch coach led Holland to the World Cup Final in 1974 and then oversaw his country's success in the 1988 European Championships.