Piqué, one game away from 150 appearances

Piqué, one game away from 150 appearances

If the centre back is picked on Saturday against Racing Santander, it will be his 150th official game for FC Barcelona. 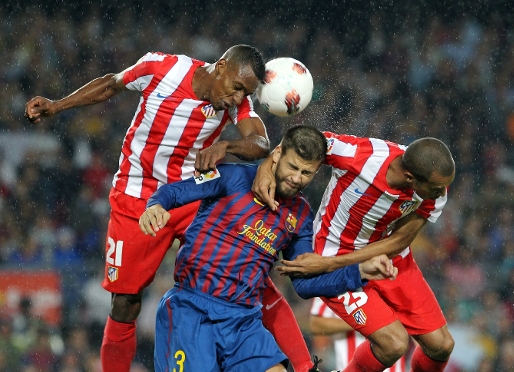 He may only be 24, but Gerard Piqué’s stats are already looking like those of a true veteran. If he is in the side that Guardiola picks for the game with Racing, then that will make for 150 outings in an FC Barcelona shirt.

His first game for the first team was against Wisla Krakow on August 13, 2008, in the Champions League qualifiers. He was still only 21 and had just returned to the club after a spell at Manchester United. Piqué came on in the 77th minute as a replacement for Dani Alves. Since then, he has gone on to win a regular place in the first team line-up.

Although he is a defender, Piqué also scores the occasional goal. He has been on target 11 times in his three and a bit seasons. The most famous was the sixth of Barcelona’s goals in the 6-2 win at Real Madrid in the 2008/09 season. In total, he has scored 6 goals in La Liga, 4 in the Champions League and 1 in the Copa del Rey.

Gerard Piqué has played in every competition in which FC Barcelona has featured, with his appearances spread as follows: