Cuper: "Barēa is the best team I've ever seen"

Hector Cuper: "Barēa is the best team I've ever seen"

Racing Santander manager Hector Raul Cuper was full of praise for Pep Guardiola’s Barēa team. "Since I’ve been in football they are by far the best team I've ever seen" said the Argentine manager on www.fcbarcelona.cat. 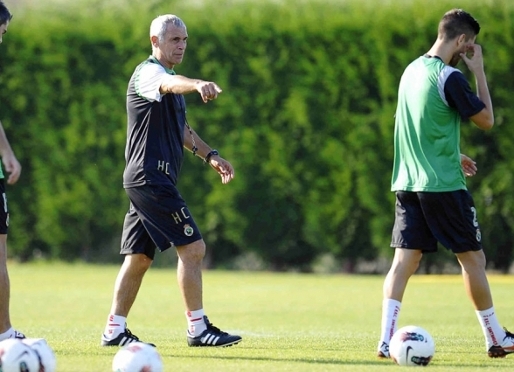 Racing are about to visit the Camp Nou, where they’ll try to win their first game in the league away from home. Hector Cuper told the FC Barcelona web site that he recognises that it’s the toughest challenge they’ll face.

How are things going in Santander?

"It's difficult because we have a very low budget and it’s all very tight. We must work hard, and we’re doing just that. We have to adapt to the challenges and adapt to what we have. There’s no point complaining or crying about what you have and what you don’t have. We are what we are and we’ll fight to meet our goals".

Can Racing get a result on Saturday? 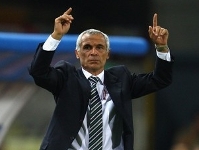 "It will be very difficult. As far as desire and enthusiasm are concerned I’m sure we can get a good result, but this will depend on lots of things. We have to take into account the team facing us, and their potential. Of the things we can control, I’m certain we’ll try to do that throughout the game, but keeping an eye on every detail is practically impossible. We have to be clear on which strategy we’ll employ, because it’s not enough just to defend well, we also have to attack, and we’ve been working all week to try and counter their game".

What do you think of this Barēa?

"I have a very clear opinion. Since I’ve been in the world of football I've never seen anything like them. They are the tops. They’re the best team in the world, far ahead of the rest. They have everything, they’ve broken the mould. To add something new, I’d say they are a team without equal. At times the forwards are in midfield and vice versa, and the defenders become the most dangerous forwards. Can anybody tell me whether Busquets is a defender or midfield player, whether Messi is a winger, striker, midfield player, or plays just behind the strikers, not to mention Mascherano. I've always said that perfection doesn’t exist, but Barēa is the closest I've ever seen"

What memories do you have of the games you played against Barēa in the nineties with Mallorca and Valencia?

"Very good ones. With Mallorca we beat them in the Spanish Super Cup, after losing an epic final in Valencia in the Spanish Cup. With Valencia the games were always spectacular, the type of games that bring in more fans. Barēa had a great team, but they had some weaknesses. The current Barēa team have so few weak spots"

Do you think that the Spanish League and Champions League are between two teams?

Yes, I agree totally with this theory. They are the top sides, both at a sporting and an economic level. One thing is tied to the other. I think the other teams have very little chance of winning the title, and two Champions League places are already decided. The difference between them is that if Barēa need any player from the reserves, they take him, he trains with the first team, and he plays as if he’s been playing for three or four years with the team. Only Barēa can do this at present, it’s both admirable and amazing. That a team at this world level usually has six or seven players in the team who have come through the academy set-up, and that can even rise to ten or eleven, is unique in the world".