Cesc Fabregas marks his debut with a trophy

Cesc Fabregas marks his debut with a trophy

The Barēa number 4, along with Alexis Sanchez, won his first title with Barēa when he’s only been with the team for 3 days. 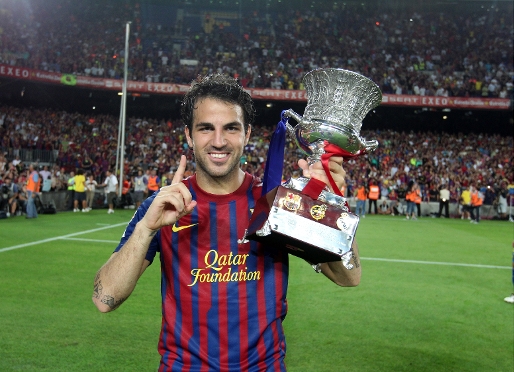 Cesc Fabregas couldn’t have had a better debut. He came onto the pitch in the 82nd minute, just after Benzema had equalised the score at 2-2. But his coming on revolutionised the fans, and the team. A short while later, in precisely the 88th minute, Messi scored the winning goal. The goal that won the Super Cup. 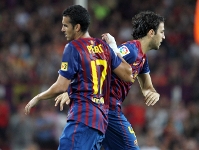 For Cesc it was more than a goal. The goal that won a new title for Barēa, and a trophy that is Fabregas’s first with Barēa. Coming to Barēa and molding into the team. 3 days with Barēa and a trophy already. And in nine days, a European Super Cup on the horizon, which could be his second title.

Fabregas was also the object of a nasty foul by Marcelo, who received a straight red card. In his first match Cesc tasted the glory of the title and what it’s like to be on the receiving end of a bad foul, which luckily, had no consequences. When in the 98th minute the referee whistled the end of the match, Cesc exploded with joy and embraced his teammates to celebrate his third title on a personal level.

The Barēa number 4 hopes it’s the first of many. Barēa hope that Cesc will be an important asset in the pursuit of new titles. As for Guardiola, he’s already essential. "In 10 minutes we saw enough to know how Cesc is," the first team manager said, and he also stressed that Fabregas “gets inside like almost no other player". 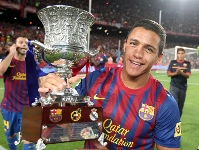 Alexis, despite not playing in the second leg, played all ninety minutes in the first leg, and also contributed to the Barēa triumph. The new Barēa number 9 also won his first title since he joined the club in July.