Afellay is the seventh player that PSV have sold to FC Barcelona. The six previous cases were all good choices.

Twenty years have gone by since Koeman, the Wembley hero, gave up Eindhoven for Barcelona. Three other Dutchmen (Cocu, Zenden and Van Bommel) and two Brazilians (Romario and Ronaldo) have followed in his wake. We now take a look at how they all got on at Barça.

Romario (1993): He was like something out of a cartoon. A natural goalscorer, he amazed the Camp Nou for two seasons, and scored 53 goals in 84 games. 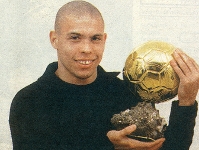 Ronaldo (1996): He was only at the club for one season, but was one of the best strikers ever to represent Barcelona. In 51 games he scored 47 goals, in a year that Barça won the Spanish Cup and the Cup Winners Cup.

Cocu (1998): With 292 appearances, he is the foreigner that has played the most games for FC Barcelona. He left PSV as a free agent and was the focus of the FCB midfield until 2004.

Van Bommel (2005): Arrived as a free agent, and in just one year at Barça he won a League and a Champions League. 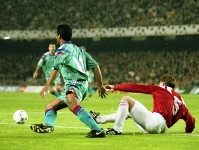 Ibrahim Afellay is the twelfth player FC Barcelona have signed in the winter transfer window. Five of those have been Dutch (Bogarde, Frank and Ronald de Boer, Davids and Afellay).