The sports director of professional football, Andoni Zubizarreta, told the ‘ADN Barēa’ show on Barēa TV that Ibrahim Afellay is a player he has always been interested in because he’s the ideal player for the FCB style.

Zubizarreta described the player as “young, with a lot of experience, international, who can lose his marker, shoot from long range and play well down the wings.” He went as far as to compare him with Iniesta “because of the way he moves” and also feels his wide game will add width to the team. 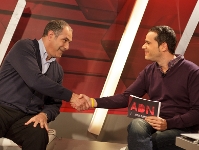 If Afellay does sign for Barēa, Zubizarreta believes he’ll settle in reasonably quickly. “He has to learn to play with this team, where there is a high level of competition. We have heard that he has a positive attitude and I think he knows what team he’s coming to and which players he will be fighting with for a team place”. The former Barēa goalkeeper also commented that he “wants to close relations with PSV nicely and not in a cold fashion in the summer. That is positive in terms of implication”.

Zubizarreta said that although the club is after the player for what he can do as a footballer, the economic question was also a matter of interest. “It is an excellent opportunity. The sporting and financial prospects that Barēa can offer him are good”, he said, adding that he ends his contact in the summer of 2011, when he becomes a free agent. “We always have our eye on players that are coming to the end of their contracts”, said Zubizarreta, adding that the club has been watching him especially carefully for the last two months.

No barriers on youth players 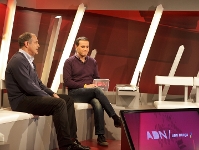 Could Afellay’s arrival be a problem for some of members of the B team? “That has nothing to do with it. We can always use players from Barēa B if we need them. But this is a winger, with an excellent middle range shot and great at set pieces”, which is something Zubizarreta does not feel Luis Enrique’s side has to offer.

Aside from Afellay, Andoni Zubizarreta also spoke about the controversy over the clįsico being switched to Monday. “Playing on Monday gives us time to rest and prepare, but we know it’s not good for people who don’t live in Barcelona … But we’d rather talk about football, and what’s happening on the pitch. We know we are on excellent form. The other talk is not good for us”. 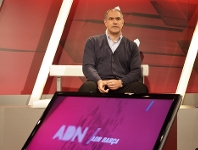 Andoni Zubizarreta also said there is a certain commitment to Thiago Alcįntara and he will be told before January 31 whether he is going to form part of the first team in the 2011/12 season. He didn’t count out the possibility of promoting him to the first team in the winter transfer market, and insisted there were no plans to sign any other players from outside.