The signing of Ibrahim Afellay sees FC Barcelona's historic relationship with Dutch players continue as he will become the 19th star from the Netherlands to grace the club since Johan Cruyff.

When the midfielder joins from PSV on January 1, 2011 it will have been around three-and-a-half years since the last Dutch player wore the Blaugrana shirt. Giovanni van Bronckhorst left Camp Nou on June 27, 2007 when he returned to Feyenoord and now Afellay will step into his boots and represent the Oranje nation. 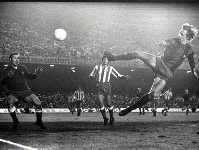 Barça's links with Holland are memorable and trophy-laden as the players have helped the club to many memorable wins and many cups over the years. Cruyff began the relationship in 1973/74 when he arrived from Ajax and helped the club to win the league title for the first time in 14 years. Johan Neeskens also featured in the same decade as the Blaugrana won the European Cup Winners' Cup in Basel. 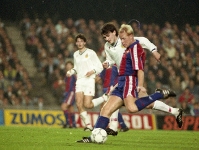 It was when Cruyff took as coach that the influx of Dutch players began in earnest as Ronald Koeman and Richard Witschge both joined and were part of the squad as Barça won the European Cup for the first time while the trainer's son Jordi also broke into the first team.

There were no Dutch players during Sir Bobby Robson's year in charge but that changed once more as Louis van Gaal signed a host of players from his homeland. Frank and Ronald de Boer, Michael Reiziger, Winston Bogarde, Ruud Hesp and Patrick Kluivert all arrived.

More followed and flourished in Catalunya as Marc Overmars, Van Bronckhorst, Edgar Davids and Mark van Bommel all signed and helped the club to glory. Now Afellay is the next in line when he becomes the 19th Dutchman to play for Barça. 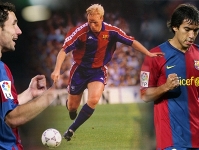