The FC Barcelona squad returned to training just 24 hours after playing their first game of the new campaign in Norway and Andreu Fontŕs and Víctor Vázquez joined them.

Usually, the day after a game the session was based around recuperation but that is not the case in pre-season and there was not let-up for the Blaugrana despite having played Valerenga on Thursday. Physical activity was the order of the day in the behind-closed-doors training at the Ciutat Esportiva Joan Gamper complex. 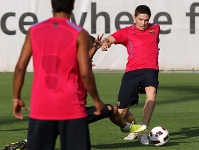 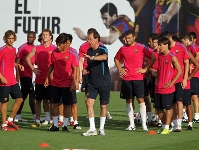 Barça will train on Saturday at 09:00 for the last time before the head off on the tour of Asia.