Pep Guardiola has named the 22 players who will make the trip to Norway on Thursday for the first friendly of the pre-season against Valerenga. The list includes 8 from the senior squad and 14 from the reserves. 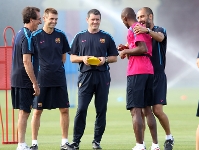 Abidal, who only resumed training on Monday, together with Hleb, Oier, Cuenca and Masip, have been cut from the squad. Meanwhile, Jeffren – who has a muscle niggle – will also remain in Barcelona as a precaution. Fontŕs and Vazquez will continue their recovery programmes at the Club’s training grounds.

The team will fly out to Oslo at 9 am on Thursday. The match kicks off at 7 pm and the Barça party will return immediately afterwards. 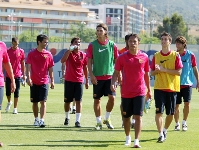