FC Barcelona's Daniel Alves is set to appear for Brazil in a tantalising World Cup quarter final against the Netherlands on Friday afternoon in Port Elizabeth, South Africa.

The Blaugrana right-back has been employed further up field by Dunga in the tournament so far as Maicon plays in the same position, but both players have had marked success for A Seleçăo. 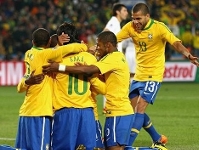 Up against Alves wil be former Barça midfield star Mark van Bommel who is captain of the Dutch side and has enjoyed helping steer the Oranje into the last eight.
On the Netherlands bench is another former Camp Nou star with coach Bert van Maarwijk's assistant being Frank de Boer. 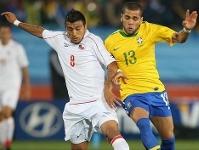 The winners of Brazil and the Netherlands will meet the victors in Friday’s evening encounter between Uruguay and Ghana.