Barça’s sporting vice-president expressed the Club’s ambition before Saturday’s game, whilst insisting that whatever the result at Wembley, this has been a “magnificent” season. 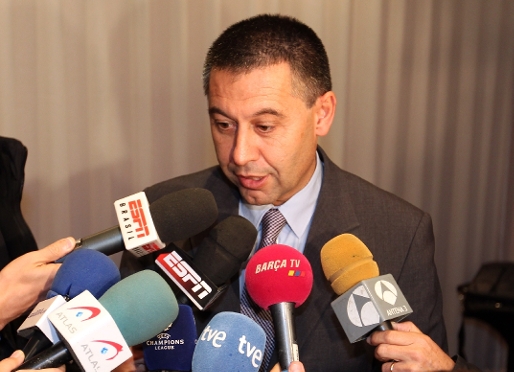 “Our team aren’t coming to play the final –we’re coming to win it!” declared Sr Bartomeu in London today and also stressed the great sprit in the squad: “they are very competitive, they have shown over the years that they have a winning mentality. There may not be any historical urgency about winning – but they are as ambitious as ever”.

Bartomeu also insisted that the squad were highly motivated for the game: “they have won everything - in fact they’ve lost so few games over recent years, but now, ahead of this final, there is maximum focus”. 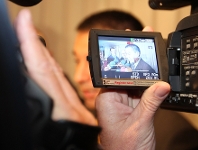 The vice-president also reminded reporters that there are three members of the ’92 winning team in the party; “I’m sure their experience will be useful. That European Cup changed the history of the Club. European clubs’ histories are built around the trophies they have won and this is the biggest of them all. If we can win this, we will make our Club history even greater. Our main objective was the league title and this is an extra prize for us”.

Bartomeu preferred not to get drawn into comments about planning for next season, but believes this season: “we have been very happy with how things have gone. It has already been magnificent and excellent. Win or lose, we are the best team in the world right now. Whatever happens, we won’t be changing our plans”.