Ex-Barēa boss Terry Venables is looking forward to Saturday’s Wembley final and reckons that we could be in for: “a clash of titans”. Venables is a great admirer of the Barēa style and of Pep Guardiola, who he describes as a “360ŗ manager!” 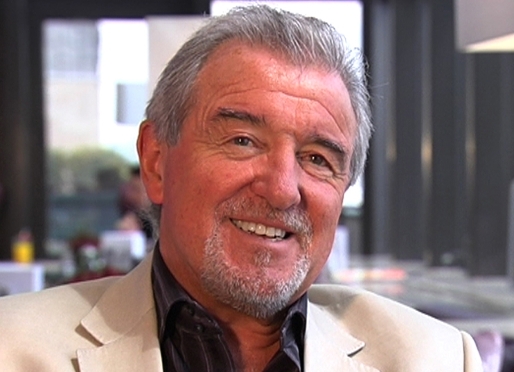 Wembley 92 – an explosion of support

“Barēa had been very close to winning the European Cup before, but they just missed out in the end. It was very frustrating. I was in Seville when we lost on penalties. It was a very poor game. Barēa so wanted that title and when it came in 1992 when they beat Sampdoria. That was a great moment - the moment when the Club felt ‘we’ve done it!’. From that moment on, the mentality changed and the frustration disappeared. It created a great explosion of feeling for the Club and since then the teams have not stopped getting better and better”.
Speaking in an exclusive interview with Barēa TV and www.fcbarcelona.cat, Terry Venables declared: “if anybody can stand up to this Barēa team, it’s Manchester United”, and he reckons there will be more than just the result at stake on Saturday: “neither team will be satisfied with just winning – they will also want to show the potential and the strength they have. Manchester United have got their form back, but if Barēa dominate possession, United won’t get a look in”.

”This will be a special final”

FC Barcelona and Manchester United both won their first European Cups at Wembley and this is the first time for both of them that they are returning to the famous stadium for a European final. Venables reckons: “the pride of re-conquering Wembley, the desire for revenge at United for the defeat in Rome two years ago and an improved Barēa will make this game a fantastic explosion of footballing talent like we’ve never seen before”. Without wishing to undervalue the importance of those Wembley wins, Venables believes: “this will be an even more special final”.

It’s been 24 years since Terry Venables left the Barēa manager’s job, but he’s always kept a close eye on the Club and indeed declares himself a big fan; “Barēa play five star football. They don’t just score goals, they also have a very strong defence. They are like a boxer who wins by giving his opponent a series of little jabs, then when he’s groggy, hits them with the knockout blow. Barēa don’t look for just one blow, they work at it and undermine the other team’s patience. They know who they are and what to do and that’s not something you find a lot in today’s football”.

Venables also supports Barēa’s position on home grown talent and sees Guardiola as the cornerstone of that philosophy: “he’s gone back to his roots and looked for players from the Club and shown trust and confidence in them. He only signs players when he really needs to and that gives a lot of incentive to the youngsters to work hard and then he gives them an opportunity. That’s the hardest way to success –the easiest is just to spend lots of money”.

Guardiola – a great all round manager

Venables reckons: “Guardiola is a great all round manager –a 360ŗ manager! He represents the perfection of both sides of the coin –he’s both a teacher and he gets results. When I see how his team performs and the way they stick to the Club’s philosophy, I have to tell you I am especially proud and privileged to have been a part of the history of the Club”.