Players reckon Wembley will be different from Rome

Players reckon Wembley will be different from Rome

As Saturday draws closer, the Barça players have mead a point of insisting that the Rome final won’t be repeated at Wembley on Saturday. The players also agree that Eto’o’s early goal was key to the 2009 victory. 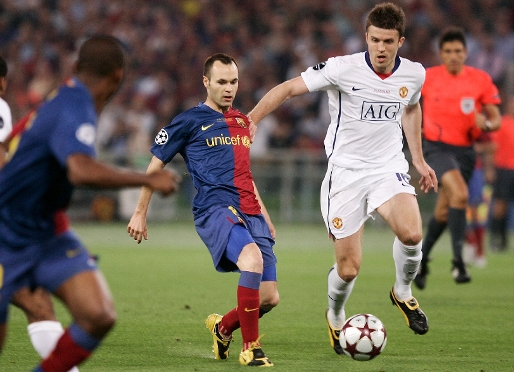 Andrés Iniesta was one of the most important players in the Rome final, with his semi final goal seeing the team through to the final and he reckons: “every moment has its own story. That final had to be like that. We won it and that was a reward for all the hard work that went before. That was a very special season”.

This time round though, Iniesta expects a different game: “it’s not comparable, it’s similar because of the styles and it’s a final of course, but I don’t think there’s anything else”. Iniesta recalls that game: “Manchester came out stronger than us, but we had more control after the goal”. The Barça man doesn’t think United will be any the weaker for the absence of Cristiano Ronaldo: “it’s always better to have a player like him, but they have brought in other players and they have a great team”. 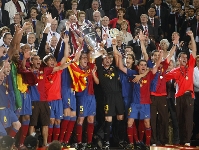 Dani Alves agrees with Iniesta that: “you can never compare one final with another, they are always different games, with different players and hopes”. Alves also pointed out the different preparation of the two teams: “we’ve had a week of rest and have been able to prepare our game better, but that doesn’t mean they won’t have done the same. They will come determined to put right what happened in Rome”.

Sergio Busquets reckons: “they will have that game in their minds, as we have, but I’m sure this will be a different final”, whilst Pedro added: “they’ll be out for revenge. They’ll be hungry to win because of that final”.

Pedro sees another difference though: “they’re playing at home really and that could help them a bit”. Meanwhile, David Villa, who is making his debut in a Champions League final believes: “in Rome, Eto’o’s goal really helped Barça, who then controlled the game. There are many players who are going to be repeating the final, but each game is different”.