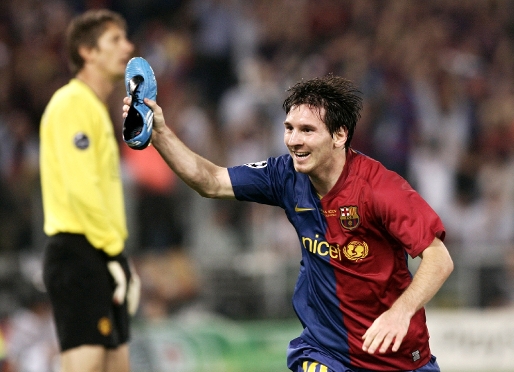 The game will see two different philosophies of the game come up against each other, with Barēa imbued with their manager’s favourite verb –attack!- whilst Manchester United, though certainly not abandoning a positive approach, are more dependent on their defence and are the team who’ve conceded least goals so far in this year’s competition.

Guardiola’s team have scored 27 times in the 12 games played in this year’s competition, averaging 2.25 goals a game. Of those 27, Messi has scored 11 to become the competition’s highest scorer ahead of Mario Gómez (Bayern M.) and Samuel Eto’o (Inter) with 8 each.

Real Madrid are the second highest scorers with 25 goals, whilst United average just 1.5 goals a game and are only ninth.

There is only one United player in the top 20 scorers in the competition - ‘Chicharito’ Hernįndez, who is tenth with 4 goals, whilst Rooney has just three to his name. The two of them, together with the veteran Ryan Giggs are the attacking reference points for United, a team with a much more direct route to the opponents’ goal than Barēa do. United count on two top goalscorers, whilst Barēa take a much more elaborated route through their skilful ball playing midfielders. Two contrasting styles that will come together on Saturday night in London. 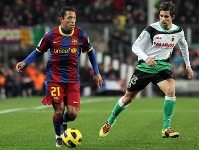 The table of teams who have conceded least goals turns the story on its head, with United having conceded just four times, averaging 0.33 a game. Only Rubin Kazan, who were knocked out of the competition at the group stage, have conceded fewer games, Barēa for their part are eighth on that list, having let in 8 goals –averaging 0.67 goals a game.

Van der Sar is well protected by a typical back line of Fabio, Ferdinand, Vidic and Evra and in his last year in goal for the team he has not had to pick up many balls from the back of his net as part of an exemplary defensive unit.

A comparison of the two defences, reveals that Fabio is less of an attacking force than Alves, Fernando and Vidic are better known for their strength and tackling rather than their distribution –something which Puyol, Pique and Busquets are famous for, whilst Evra, like Maxwell or Adriano, is indeed an attacking full back. The Barēa back line takes more risks and attacks more and not surprisingly therefore, concedes more goals.