Names such as Robson, Venables or Lineker form a part of the English history of the Club. Ahead of the Champions League final at Wembley, we remeber a series of games the Club played against Crook Town, the team where Jack Greenwell came from. 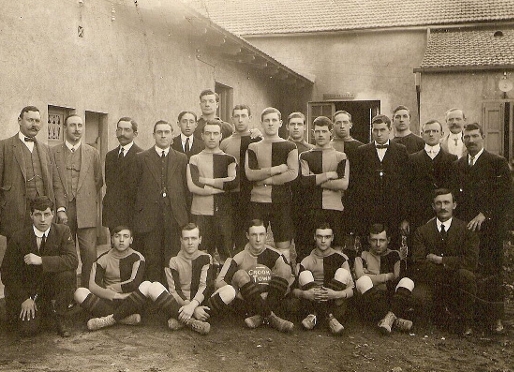 One of Barþa’s most important players in the team of the Five Trophies was Emilio Aldecoa, who was born in Bilbao and forced to leave the country in 1937 as a Civil War refugee. During the Second World War, Aldecoa played for Wolves and Coventry City and havng dual nationality, he then signed for Barþa in 1951, coinciding with the arrival of Kubala. As a member of the Five Cup wining team, he won 2 Leagues, 2 Spanish Cups, 2 Copes Eva Duarte and 1 Copa Llatina.
Managers such as Bobby Robson or Terry Venables and players like Gary Lineker form a part of the Club’s historical links with England. With the latest English trip for the Club –the Wembley Champions League final – just a few days away, we look at the links between the Club and England, remembering famous names such as Wild or Greenwell.

The Club’s connections with England go back to its origins when the Englishman Walter Wild was one of the founders alongside his countrymen John Parsons and William Parsons- and its first President, working hand in hand with Hans Gamper. That era also saw Ernest and Arthur Witty at the Club - two great sportsmen and skilful, outstanding players.

Years later, when Gamper was President, Jack Greenwell joined the Club. Greenwell was a midfielder from Durham and an ex-player from the small team of Crook Town AFC. Greenwell’s arrival in 1912 led to a series of games with his ex-club. The 10 games played between the two in 1913,1921 and 1922 were widely reported by the press of that time as a ”great sporting event”. Barþa won four of the games, four were drawn and Crook Town won twice, including the 1922 game and they still have the Cup they won for that win and the commemorative flags of the meeting.

However, the links between Crook Town and Barþa went further than those games, as Greenwell went on to become the longest serving manager except for Johan Cruyff, that the Club has ever had and the first official coach at the Club.

Greenwell took over from his countryman John Barrow and although a number of members called for his dismissal, Hans Gamper backed him and he went on to win 2 Spanish Cups and 5 Catalan Championships. He returned for a second period at the Club, but didn’t enjoy quite as much success, wining just one Catalan Championship. He later became the first non.-South American coach to win the Copa America with Peru in 1939.

The English connection stretches over 8 managers –with Vic Buckingham (1969-71), Terry Venables (1984-87) and Bobby Robson (1996-97) as the most notable -49 English players, with Gary Lineker perhaps the most famous and 2 Presidents, Walter Wild and Arthur Witty. 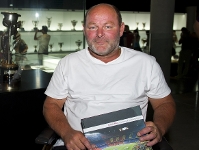 Ex Crook Town player and coach Kevin Cooper visited Barcelona recently and shared the experiences of the club who helped Barþa strengthen Catalan football at the start of the 20th century. Cooper, presented the Club’s Centre de Documentaci¾ del Club with photos and documents from the Greenwell era and explained that he reckons Barþa will win at Wembley: “Manchester United are an excellent team, but Barþa are the best in the world”, whilst considering Giggs and Rooney as the main threats for United, with Leo Messi and AndrÚs Iniesta and their one touch football as being key for Barþa.

There will be many English supporters backing United this Saturday, but there will also be plenty, who because of our Club’s connections with the country and despite the fact that the last English player, Gary Lineker, left in 1989, will be present as part of FC Barcelona’s history when the teams come out at Wembley.