Hristo Stoichkov was one of the stars of the 1992 team and speaking on the Barça TV programme ‘Herois de Wembley’ he recalled that great side: “we were a mature team and we took advantage of the winning dynamic we had”. 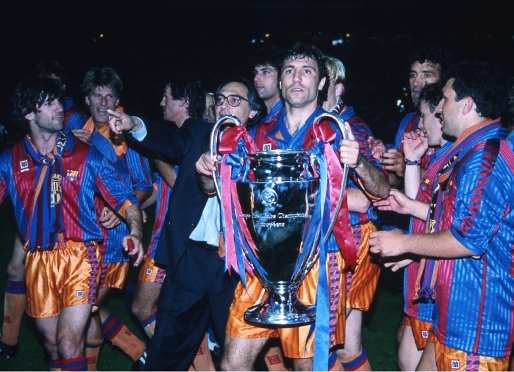 The Wembley final was the first for Stoichkov with Barça, as he’d been injured for the Rotterdam final against Manchester United the season before and that made it especially important: “I didn’t play in the first one –I was so angry at myself for breaking down against Zaragoza and missing that United final. The team suffered because Zubi and Amor also missed the game and we were three important players back then”. 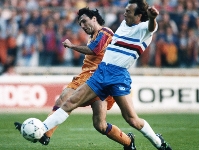 The team came into the Wembley game on a winning streak, having taken the Spanish League and Cup the season before. “we were a mature team and we took advantage of the winning dynamic we had. It was tough to get to the final because at Kaiserslautern we really suffered till Bakero got that goal” The semi final wasn’t easy either: “we suffered here against Benfica. We went 1-0 up, then they equalised before we finished 2-1. We suffered a lot because we were desperate to get to Wembley”.

As to the final itself, Hristo Stoichkov is clear who were the better side: “I sincerely believe that Barça were much better than Sampdoria, but the negative factor of having lost a final on home soil in Seville to Steaua was always hanging over us. We were well prepared to win the final this time though”.

For Hristo, that side had a lot of determination and he recalls: “there were only three foreigners in the team then –myself, Koeman and Laudrup. It was very easy to adapt to the Club and the culture here. All of us had just one idea in our minds –to win the final”. 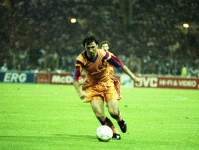 Stoichkov also recalls practising free kicks on the training pitch with Koeman: “on the day before the final, we told Koeman to try some free kicks –I took it short, Bakero stopped it and Koeman fired it home. We did that with no wall of course, but we practised it just where we were to get the free kick in the final itself”. The Bulgarian also explained that Johan Cruyff insisted on getting the players out of the hotel as much as possible: “we played 18 holes of golf on the course near to the hotel. Cruyff wanted us to spend as little time as possible cooped up in the hotel. He knew we were the better side, but that they also had dangerous players”.