After his team’s 1-3 win over Malaga, Pep Guardiola gave his opinions on the title winning season and also expressed his belief that Saturday’s win would be a timely boost for the players ahead of next week’s Champions League final. 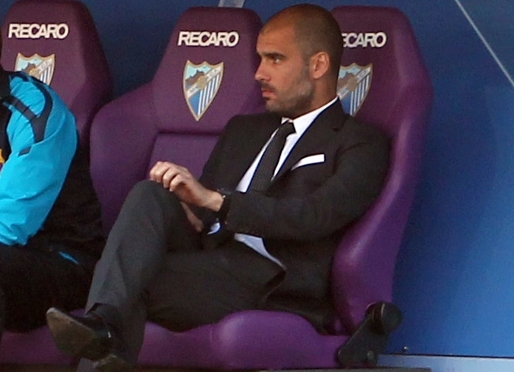 With the title won, Guardiola reflected: “we’re not in this to get good marks! We’re here to play sport and we have been unstoppable at that, but last year we got 99 points and this year 96 –that’s an outrageous number of points. We also got a record number of away wins”. This was the third league title on the run of course and Guardiola believes: “they were all very difficult, but winning the title again is very tough. I want to congratulate the players for putting in 75% of the league at a very high level”. 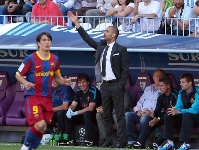 The win at La Rosaleda: “was an example of just why we’ve won this title. Without playing brilliantly, we were a hard working team who showed great teamwork. We found it hard at the start, but we put in a very solid and dignified performance. Remember Malaga have had an excellent end to their season”. The boss also had praise for his youngsters, particularly: “Bojan’s bravery” and Sergi Roberto, who “will surprise us all when he relaxes and starts to play”.

Tonight was also Malaga keeper Fransesc Arnau’s final appearance and Guardiola commented: “he’s a player who came from our Club and I would like to wish him as good a future as he has had as a footballer”. Questioned about captain Carles Puyol’s fitness, Pep revealed: “he could have played tonight, but we decided not to risk him. He’s had three or four training sessions doing really well. He is a guarantee for the team –just remember what he did in the Champions League semis”.

With the league successfully finished, Barēa’s attention is now firmly fixed on the Champions League final and Guardiola reckons the win against Malaga: “will have done good for those who played and those who stayed behind. Now we have the most fascinating game ahead of us. The whole world will be watching. The aim in a final has to be to be true to yourselves. We will be competing against the other team and against ourselves”.