Eusebio Sacristán, the player who was fouled to give Ronald Koeman the chance to fire home the famous free kick at the 1992 final, remembers the game as: “a very well balanced game, which both teams could have ended up winning – but it was our moment 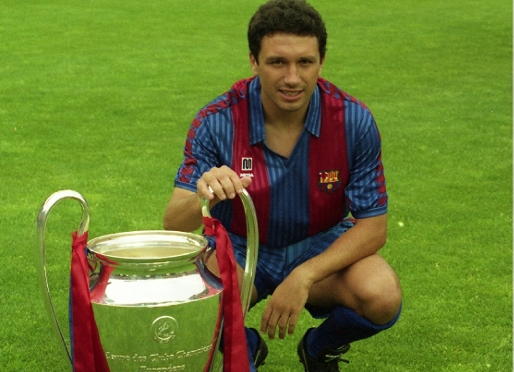 Speaking on the Barça TV programme “Herois de Wembley”, Eusebio recalled: “we were a team that had grown and when Johan came, we all started to move together, understanding his ideas about how we were to play. We’d won the league the season before and with Hristo [Stňitxkov] and Goikoetxea coming in, the team began to take shape. We all understood that this was to be our moment –the time to win our first European Cup and those sensations helped to make things turn our right”.

“We thought we’d control the game” 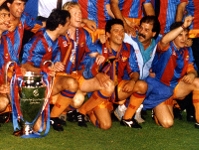 Eusebio also reveals that the squad then believed that they would dominate Sampdoria, though it didn’t actually turn out that way of course: “we attacked and had a few chances, but so did they. We thought it’d be a game we’d control, but in the end it was a very well balanced game, which both teams could have ended up winning – but it was our moment!”

Eusebio also remembers Cruyff’s famous pre-match instructions to “go out and enjoy it! “we could see that for the boss all of it was very natural, he’d played in plenty of finals and was used to it and I think what he was trying to say was that we were in a unique moment of our careers – you can’t be tense and nervous because to enjoy it, you have to be relaxed and live it intensely. He just wanted us to enjoy every minute of the game”.