Marc Márquez: “I have the Barça colours inside me”

Marc Márquez: “I have the Barça colours inside me”

Moto2 bike rider Marc Márquez attended the Barça training session and spoke about his love for the team. He compared the Champions League final to “a race to become world champion”. 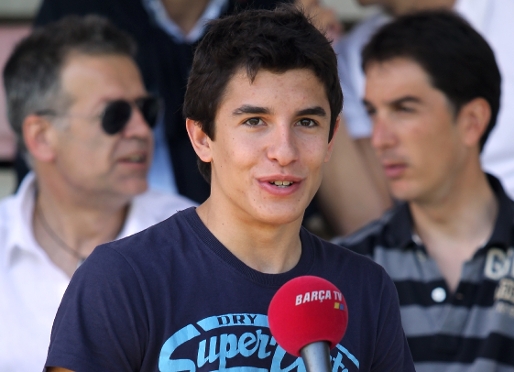 It was his good friend Gerard Piqué who invited the 125 cc world champion Marc Márquez to see Barça train. “I have been a Barça fan since I was a kid and I’m delighted to come and see a training session”. He said supporting Barcelona “is a family thing …with this team it’s much easier to be a Barça fan, but I have been one all my life. I have the Barça colours inside me”.

Similarities between bikes and the ball 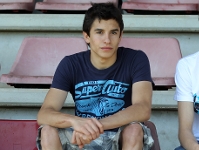 Márquez made comparisons between the two sports. “You are also a team in motorbikes, the difference being that you decide the race alone while the responsibility doesn’t come down to one person on the football pitch”. He also has sympathy for Guardiola’s team: “People have got too used to things. I have too, but I do appreciate it’s the same with bikes, sometimes you fall or make mistakes and you don’t know why. Fellow sportspeople understand these things better”.

Like all FCB supporters, Marc Márquez is very much looking forward to the Wembley final. He says “the Champions League final is like a race to become world champion. There will be nerves, but I think we’ll win.” The 18-year old Catalan added that they “should play their game … it’s some job for Pep and the players but I’m sure they’ll do it very well”.