FC Barcelona are the only team to retain the league championship across the leading European leagues, with the Italian, English, Dutch, German Portuguese and Russian titles all changing hands. 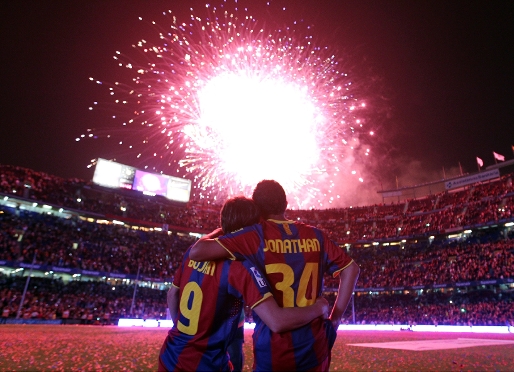 The third title on the run for Pep Guardiola’s team means that they are the only champions to retain their title, with the French championship still undecided. Only in Spain have the Champions held onto their title.

In England, Barça’s Champions League final opponents Manchester United were officially declared Premier League winners for the 19th time in the club’s history after they drew 1-1 at Blackburn on Saturday. Last year’s winners Chelsea saw their hopes disappear when they were beaten at Old Trafford 10 days ago and they will now have to settle for the runners up spot.

AC Milan took over from city neighbours Inter in Italy, taking the title with a great end to the season, whilst in Portugal Porto finished a massive 19 points ahead of last season’s champions Benfica.

With Van Gaal’s Bayern Munich unable to reproduce last season’s form, which saw them win the League and Cup double as well as making the Champions League final, it was Borussia Dortmund who ran out winners of the Bundesliga, whilst Twente came close to repeating last year’s success in Holland, only to be pipped at the end by Ajax.