Guardiola: “We gave them nothing”

Josep Guardiola was satisfied with his team’s performance against Deportivo and insisted: “we gave them nothing –it wouldn’t have been any easier with the regular players”. 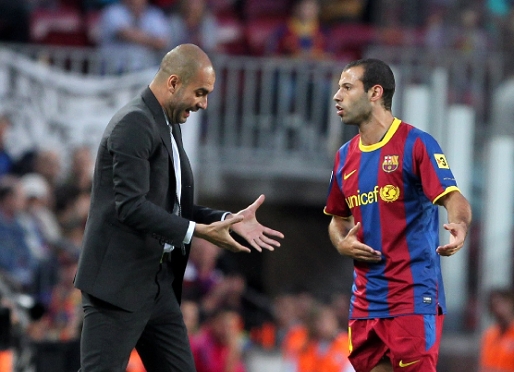 Bartomeu: “now it’s time to turn our attention to Wembley.”

Club Vice-President Maria Bartomeu told reporters after the game: “this is a unique team who are making history. We represent the value of having values. We made winning the league our objective and we have won it –now it’s time to turn our attention to Wembley. We have a team who are capable of challenging for everything again next season”.
The boss reminded reporters that the players came into the game on the back of plenty of celebrations following the win in midweek that confirmed them as champions: “we’d eaten and drank a lot before this match, but I’m very satisfied with the game. We were just short of a spark to open them up, but I congratulated the players on their performance”.

Guardiola had special praise for the Barça B players who starred in the game: ““Bartra and Fontŕs were extraordinary; Dos Santos was marvellous at full back, marvellous –he played a great game”.

With the final game at the stadium done and dusted, Guardiola is now beginning to focus on the Wembley game and he explained: “we need to get back that spark of timing that meant we were were winning games easily –if we don’t we can’t go forward. From Wednesday, we will be working on the Malaga game and then it’s time to prepare for Wembley”.