From Villa’s first to Maxwell’s seventh

Almost all the Barça players have already won a league title, either for Barça or for somebody else. Only Villa and Adriano have never won one, while Maxwell has the most with seven. 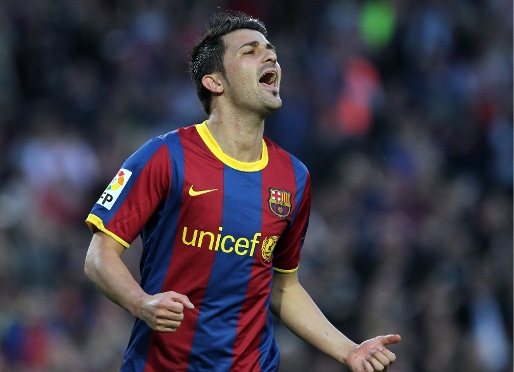 Barça and Pep Guardiola have won their third league title in a row to further expand the legacy on display in the FCB Club Museum. In 111 years, Barcelona have now celebrated 21 league titles. But it’s not just about the club, the achievement has also extended the players’ individual honours.

First leagues for Villa and Adriano 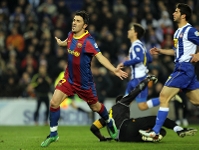 There are just two players in the first team that had never won a league before. The first is David Villa, who has spent eight seasons in the first division with Valencia and Zaragoza, and has finally got to celebrate the title with Barcelona. The other is Adriano Correia, who didn’t win a domestic championship with any of his previous clubs.

Afellay and Mascherano are celebrating their first honours as FC Barcelona players, as neither arrived at the club in time to enjoy the Spanish Super Cup win at the start of the campaign. But the Dutchman has won four league titles before, all of them with PSV Eindhoven and Mascherano won the Brazilian league with Corinthians and one Closing Tournament with River Plate.

Messi and Iniesta make it to five

Xavi Hernández is the only FCB player that has participated in all of the last six league title winning seasons, but Valdés, Puyol, Iniesta and Messi are close behind with five each. However, what’s particularly impressive is the fact that the latter two are so young that we can expect to see them win plenty more titles in the coming years. Messi only turned 24 in June and Andrés Iniesta will turn 27 this Wednesday May 11. To already have five league titles so early in their careers is quite extraordinary.

A league for the reserves

Barça have had an amazing season, and we should not also forget that so many members of the B team have come forward to help out when needed and all of them have done brilliantly. Such are the cases of Fontŕs, Thiago, Montoya, Nolito and Jonathan dos Santos, who have all contributed to this league title. And now the title has been decided, there is every chance that Guardiola will honour them with the chance to play in some of the remaining matches.