22 players train ahead of Espanyol game

22 players in second training session ahead of Espanyol game

Barça are focussed on Sunday’s derby game against Espanyol after training this morning at the Ciutat Esportiva with 20 of the first team squad and B team youngsters Bartra and Thiago. 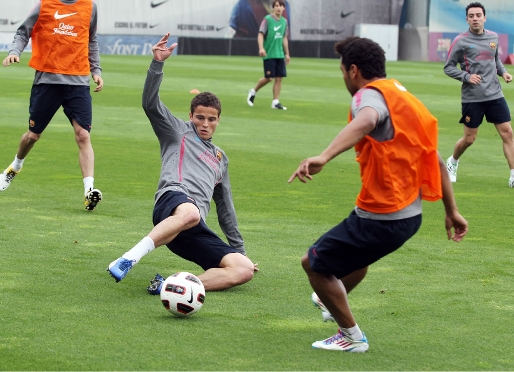 The squad will stick to their normal routine and train on match day at the Nou Camp on Sunday, with the session set to start at 11.
With classification for the Champions League Final sorted, Guardiola’s men turn their attention back to the league and their derby clash with Espanyol on Sunday night. The squad trained behind closed doors at 11 this morning, their second preparatory session ahead of the game. 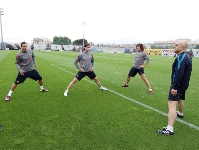 As happened on Friday, Puyol and the injured Adriano and Maxwell, all trained apart from the rest of the players under the watchful eyes of the first team physios.

Milito absent, but Bojan trains with the rest

Milito, who is receiving treatment, was thus the only player missing from training, with Bojan Krkic again working with the rest of the group.

The 20 first team players were joined by Thiago, who was also with the squad on Friday, and Marc Bartra.