Barça will wear the first team strip at Wembley

Barça will wear the first team strip at Wembley

Josep Guardiola’s side will be the home team in the Champions League final on May 28th at Wembley and, therefore, will wear the first team kit, red and blue, against Manchester United. 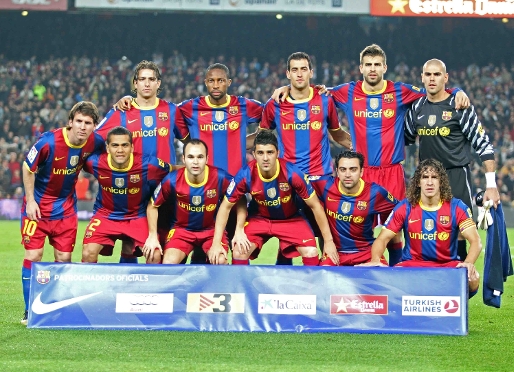 So, unlike the Final at Wembley in 1992, when Barça lifted their first Champions League title wearing their second kit, which at that time was orange, the team will wear the blue and red strip. This is one of the agreements reached this Friday at a meeting in London in which UEFA, FC Barcelona and Manchester United all took part.

Finally, Barça will have 24,140 seats for the Champions League Final at Wembley. Also, they can count on another 220 additional tickets designated for members with limited mobility and their companions.

Of the total number of tickets, 20,519 will be for club members and supporters clubs, and 3,621 are reserved for sponsors and institutional commitments. Of the total number, 16,415 tickets will go into a draw for members. Remember that tickets can be requested until Monday the 9th, at 19.00, via this form.

Another aspect decided at the meeting was the distribution of the respective fans. FC Barcelona fans, who have been designated Stansted as the destination airport in London, will occupy the west side of Wembley Stadium.

Busy day before the Final

The day before the final, Friday the 27th will be a busy day at Wembley, including training and official press conferences. Alex Ferguson's team will train in the match stadium from 17.30, whilst Barça will do the same at 19.00. It’s planned that, 45 minutes before each training session, both managers will attend a press conference, as well as two players from each team.