FC Barcelona will appeal the decision by the Control and Disciplinary Committee of UEFA, which announced, this Friday, a three-match ban for goalkeeper Jose Manuel Pinto. 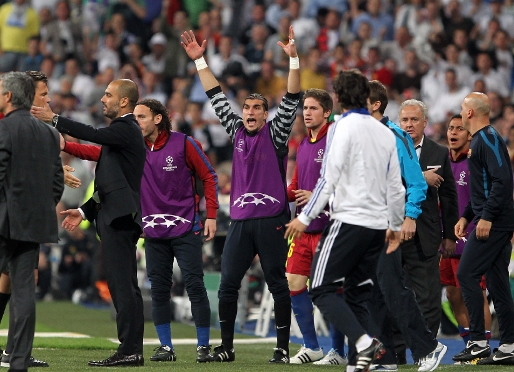 FC Barcelona has three days to file the appeal before the Appeals Committee, which reports to the Control and Disciplinary Committee of UEFA. The three-game ban inflicted, one of which he served in the second leg of the semi-final, would prevent Pinto from taking part in the Champions League Final on May 28th.

Furthermore, the Control Panel also decided today to ban Real Madrid manager, José Mourinho, for 5 games, and fined him 50,000 euros, for his statements after the first leg of the semi-final of the Champions League at the Santiago Bernabeu. Real Madrid defender Pepe has also been banned for 1 game, which he served in the second leg.