"We want the league title as soon as possible"

Puyol: "We want the league title as soon as possible"

Puyol doesn’t want any surprises and would like to win the league title as soon as they can, and if possible on Sunday against Espanyol. The captain also spoke about the Wembley final, Manchester United, and the rumblings after the last clįsico. 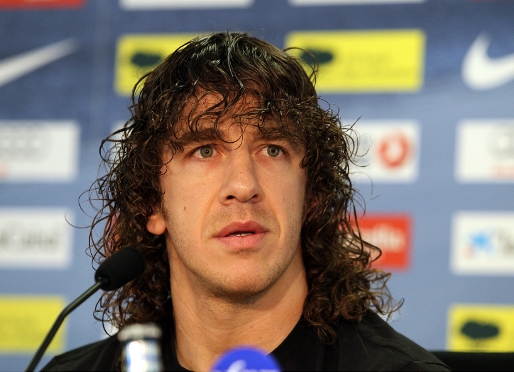 Puyol heaped praise on two of his teammates: Eric Abidal and Gerard Pique. On Abidal he said that "his recovery has been the best trophy we could win. It's amazing what he’s done and I’m certain that he’ll be 100% fit for Wembley". About Pique, Puyol again insisted that "he’s the best central defender in the world. He’s had a brilliant season, with very little rest due to all the injuries we’ve suffered in defense".
What you can do today, don’t leave for tomorrow. Carles Puyol subscribes to that saying, and would like win the league title on Sunday, so they’ll have much more time to prepare for the Wembley Champions League Final. "We definitely want to win the league as soon as possible and we’d like to do it this Sunday because a lot of people have already decided that we’ve won it" said Puyol. 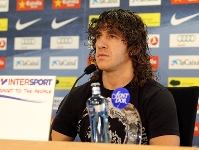 This Sunday is the derby at the Camp Nou. Espanyol need the 3 points to keep their options intact of playing in Europe next season. Puyol believes that this doesn’t necessarily make them more dangerous: "They’ll come here as always, with lots of enthusiasm. They have a very good team and they always give us problems. I don’t think it’ll be any different from other seasons”.

Puyol is the first Barēa player to talk about the Champions League Final against Manchester United. "The final will be played by 2 great teams, who deserve to be there. Both teams play very good football and it will be a great final" added the Barēa captain. About their rival, Puyol talked about the two most dangerous players in attack: Wayne Rooney and Javier 'Chicharito' Hernandez: "Rooney is a very good player and one of the best strikers in the world. He scores goals, works for the team and knows how to sacrifice himself for his teammates. He’s the complete player. Of the Mexican, he knows about him from the friendly played against Mexico last summer. “He’s very fast, confident, and very dangerous".

Hangover from the four clįsicos 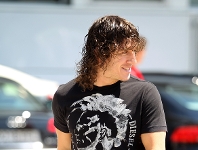 The captain wanted to close the book on the the four clįsicos that Barēa and Real Madrid have played in just 18 days. Puyol is just happy about qualifying for the Final and doesn’t want to think about the controversies coming from Madrid. "I’ve taken it pretty well, and lived it with a lot of intensity. If one clįsico is intense, imagine four of them in a row. I’m not interested in the controversy coming from Madrid”.

Puyol doesn’t expect all the noise generated by the four clįsicos to change the relationships between players in the national team: "On the pitch each player defends his own team and that is what we’ve all done. With the national team we’ll do the same. If all that has happened affects the relationships, that’s to be seen. I think everything should be left on the pitch".