Archibald: "United are not as strong this year"

Steve Archibald: "Manchester United are not as strong this year"

Former player Steve Archibald would bet on Guardiola’s team to win the Champions League final against Manchester United. The Scot believes that Sir Alex Ferguson’s side "don’t have the discipline necessary to stop Barēa". 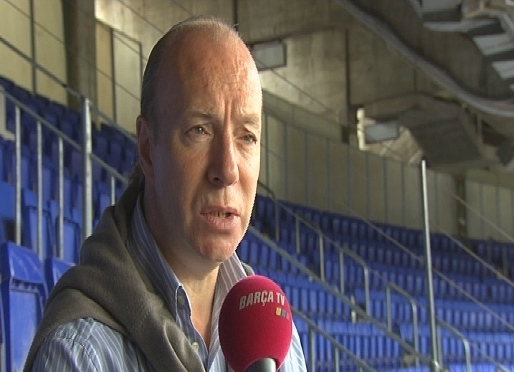 He’s probably one of the ex footballers who, currently, can talk more about the final at Wembley on the 28th of May between FC Barcelona and Manchester United. Steve Archibald never misses a Barēa game, as in recent years he’s been commentating on their matches on R@dio Barēa for English listeners. In addition, the former Barēa player knows the “Red Devils” manager really well, having played under Alex Ferguson when Aberdeen won the Scottish League, and also in the 1986 World Cup for Scotland.

With this background, Steve Archibald gave an in depth analysis of the forthcoming battle between Manchester United and FC Barcelona.

"They’re missing a bit of quality"

Archibald believes that, at the moment, the English team "is in a transition phase", and this season "is not as strong". A good example of this is "the lapse of concentration in the League" the former Barēa player said, which has allowed Chelsea to threaten their lead and the title.

Archibald, who played for Barēa between 1984 and 1987, believes that this Manchester United team is different from the one that played in the Rome final in 2009 because "it lacks a bit of quality in some positions".

"Their strength is playing as a team"

Even so, Archibald sees Ferguson’s team as “very strong, and their strength is that they play as a team". He stressed that "they always play to attack, just like Barēa, so we’ll witness a pretty open game". Knowing the United manager, Archibald doesn’t think they’ll change their style of play just because they are up against Barēa. "Ferguson will want them to play his way, playing football and entertaining the crowd, especially in big games like finals". He also thinks that Ferguson will have studied the Rome final, but “they’ll try to win the match his way”.

Ferguson would have preferred Madrid

Archibald is convinced that if Alex Ferguson could have chosen their Champions League Final opponents he would have opted for Real Madrid, as "Barēa always have a lot of possession and being in control of the game is very important" and he believes that this is a problem for United, since their game is more about "strength and movement, but they won’t be able to pressurise Barēa in midfield, or win many balls". Archibald finally pointed out that Manchester "have experience but not the quality, they lack the discipline necessary to stop Barēa".

Players to look out for

In terms of Manchester United players to look out for, Archibald picked out Rooney, Berbatov and above all Chicharito, who he believes "is dangerous because he’s very clever in the box”.

Then there are Scholes, "who’s not at the level he was at before”, and Giggs, who "plays in a different position, in midfield, and he’s clever but has lost some of his speed and power. He’s dangerous, but not the Giggs of a few season ago" said Archibald.