Mascherano: "We are fair finalists"

Mascherano: "We are fair finalists"

Javier Mascherano is delighted that his team is into the Champions League final and knows full well which of the semi finalists is most deserving of a place at Wembley. 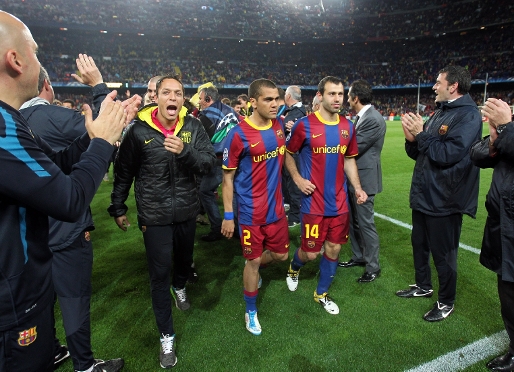 Next training session on Friday

The next training session will be on Friday at 11.00 am. This will followed by a Gerard Piqué press conference. Meanwhile, today it was Puyol and Fontąs who took the UEFA doping test.
Nevertheless, he prefers to keep his feet on the ground. Mascherano believes “we have to think that nothing has been achieved yet, even though “everybody knows how hard it is to get this far". He was proud to say that Barēa are "fair finalists, even though Madrid also deserve to be there after the great season they have had”.

Looking back at the tension surrounding the four clashes between the teams, Mascherano said "it is normal when you are playing for so many things” and added that “there is no need to start bringing up referees". He simply felt that "although everybody has the right to say what they think, I think Barēa were the better team for the 180 minutes of the game”. And the Argentinian ended by pointing out they still have to finish off their league campaign in order for "it all to have been worth it”. He also felt "the fans were right there with the team” and also had words for Abidal, who he was delighted to see back on the pitch in such an important game, which has seen Barcelona achieve their objective of getting to Wembley.

The following are other post-match comments. 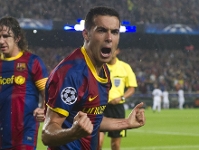 "We knew it would be difficult, but we worked hard”

"Andrés gave me a great pass”

"I want to thank all the fans”

"I hope we can win, but Manchester are also a great team”

"We feel so happy, it is always hard to reach a final”.

"The team played well, it was tough but we finally got our reward and we’re going to the final”.

"These are very tense games, it was hard"

"Now we have to think about Espanyol"

"We knew it would be difficult to get good results, so we’re happy”

"I felt good today, there was hardly any pain”

"We have done something very big, we’ve got to the final, but we still have to play that final”

“It’s a unique moment. We think it was footballing justice. We’re back at Wembley. The crowd was amazing and the last moment with Abidal gave me goosebumps”

“It is a shame Madrid justify themselves like that. The only team that went out to win the match was Barēa”

“Manchester are the favourites. They’re a great team that also likes to play football, and perhaps that’s good for us”

"It was the perfect night. In the end we managed to qualify”

"It is a shame things like this happen in football. When Barēa lost the cup, we congratulated them. If they aren’t like that after tonight, it shows the difference between Barēa and Madrid. We are more than a club"

"In football, the best team always gets rewarded”

"They have their script, we’re not going to get involved in that”

"I missed the Rome final. God willing I’ll be able to enjoy being at Wembley"