Guardiola: “attack, but with common sense”

Guardiola: “attack, but with common sense”

Pep Guardiola has called on his team to show Catalan common sense in tomorrow’s game, which he predicts will be: “a terribly hard game”. 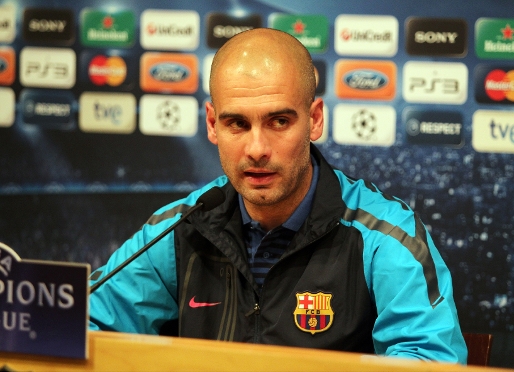 Guardiola gave a clear message to his players and the fans ahead of Tuesday’s game: “we’ll have to attack, but with common sense. Just like the people do where we come from. Tomorrow we can show what we are as a team. We have to dominate like we did at the Bernabeu. We have to be prepared, because it will be terribly hard, from the footballing point of view and emotionally too. We have to move the ball quickly, make it fly. I know that the 100,000 fans at the ground will help us”.

Despite the 0-2 advantage and the words of the Madrid assistant manager, seemingly dismissing the game, Guardiola remains extremely cautious: “as Aitor (Karanka) said, there is 109 years of history between us Eleven extraordinary players are going to come out, guided by a very competitive manager who wants to knock us out. The most important thing in their lives right now is this game”.

Asked about Real Madrid’s complaints to UEFA about the supposed anti-sporting behaviour of his players, Guardiola explained his respect for the footballing authority’s decision: “when you make these complaints, it’s because you believe them to be true. They may think we’re not fair and I think the opposite. I know my players much better than their legal department. At this club we transmit certain values to our people. The Madrid manager was here for four years and he knows that”. As to the accusations about his own role, Guardiola explained: “they would have to know what I said, but they don’t know what message I gave –only my players know that”.

Whatever happens on Tuesday, the boss is clear: “it’s a great achievement to be four points off winning the league and in the Champions League semi finals for the third year running. I want to thank the players in advance for letting us all allow this semi final. I want the fans to come with that sensation. I want the world to see us playing well”.

Finally, the boss expressed his satisfaction at the return of Abidal to the squad: “there are two bits of news here. Firstly, that we play in the semi finals of the Champions League tomorrow and secondly that we have a guy who has had cancer and he’s back with us. Medically, he’s perfectly okay, he’s lost weight and he’s not ready for 90 minutes yet, but when the fans come along, they’ll see him on the bench and give him a great reception, We are all very happy about it”.